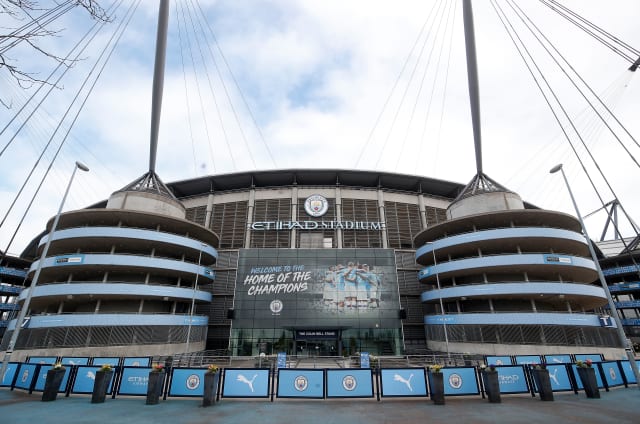 Manchester City are making facilities at the Etihad Stadium available to the NHS in the front-line battle against the coronavirus pandemic.

As part of contingency planning for the ongoing crisis, the Principality Stadium in Cardiff is set to be converted into a temporary hospital providing around 2,000 additional beds.

Three ‘Nightingale Hospitals’ are also being constructed, in London, Birmingham and Manchester, to help boost critical care capacity ahead of the expected peak.

The PA news agency understands Manchester City have opened up the use of the stadium’s executive boxes and conference rooms to help the NHS with training of doctors and nurses during the crisis.

Professional football in England will not resume until April 30 at the earliest.

However, with the country currently in lockdown, that appears a very optimistic target date.

Nevertheless, there remains a consensus to try to complete the current campaign, with the possibility of matches being played initially behind closed doors when it is deemed safe to do so.