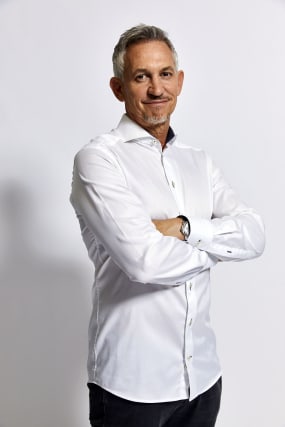 The coronavirus pandemic has disrupted sport across the globe, leaving broadcasters with plenty of empty space to fill in their schedules.

Here the PA news agency takes a look at what BBC, ITV, Sky Sports and BT Sport put on on March 28.

The BBC were still offering versions of their usual football output to provide some solace to bereft fans.

Football Focus with Dan Walker featured interviews with a number of big names, including David Beckham, while there were two Match of the Day programmes.

The first in the afternoon was a look back at the 2018 World Cup, while part of the usual Match of the Day slot in the evening was a visual version of the podcast of the same name where Gary Lineker, Alan Shearer and Ian Wright debated the best strikers during the Premier League era.

At 3pm, meanwhile, the whole of England’s exciting clash with Croatia from Euro 2004 was available on the red button, BBC iPlayer and the BBC Sport website.

With 10 channels dedicated to sport, the shutdown has had a dramatic impact on Sky, and the schedule on Saturday showed highlights of various events virtually across the board.

The Main Event channel showed a replay of the final day of the 2016 Open Championship, which saw Henrik Stenson hold off Phil Mickelson.

Sky Sports Cricket was one to watch for New Zealand cricket fans as it recapped their matches at last summer’s World Cup up until the semi-final.

The Racing channel was the only one to have live sport as it broadcast cards from Rosehill, Wyong and Eagle Farm in Australia in the morning before finishing the day in the USA, where the Curlin Florida Derby was among the races at Gulfstream Park.

Sky Sports Action was dedicated to the 2020 Super Bowl while the offerings on the Mix channel included the story of Kevin Pietersen’s career – KP: Story Of A Genius.

BT Sport’s six channels offered a dive into the footballing archives as well as highlights from the current Premier League season.

BT Sport 2 had a series of documentaries about the NFL as well as The Crazy Gang, telling the story of Wimbledon in the 1980s.

Meanwhile, with no sport to show, ITV4 took to the water for River Monsters and Giant Lobster Hunters before switching to films.