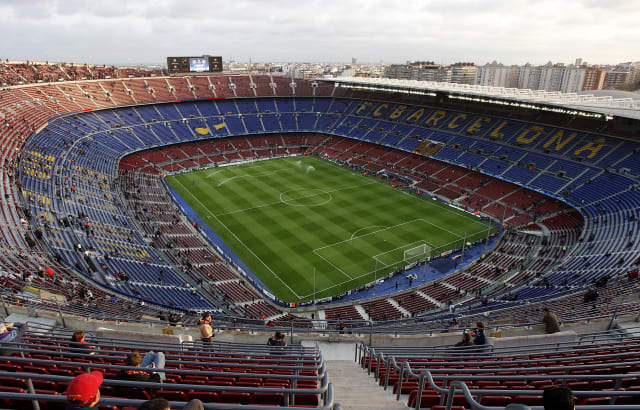 LaLiga clubs can ride out the financial storm caused by coronavirus, according to former Real Mallorca chief executive Maheta Molango.

Tough Financial Fair Play rules in Spain have already ensured the top two tiers are well prepared for a drop in revenue.

Clubs in LaLiga and the Segunda Division have to provide a financial projection before the season and are given a salary cap.

Financial checks during and at the end of the season also occur which has given clubs security during the unprecedented global crisis caused by coronavirus after LaLiga was postponed indefinitely last week.

“The situation is tough but it is probably better equipped than other teams in other leagues because LaLiga has such a strong Financial Fair Play,” Molango told the PA news agency.

“It would be difficult to find a club which didn’t have sound and solid foundations.

“Luckily LaLiga has changed a lot in the last few years, especially since the very stringent Financial Fair Play was implemented (in 2013).

“Pre-coronavirus, clubs in LaLiga and most in Segunda would have been in a position to make a profit and most of the clubs are being run in a sound and sustainable way. It’s probably one of the strictest FFPs in Europe.

“I’m not saying they won’t need money or that they won’t suffer because they will but they are in a better position to deal with the situation because the level of debt is not out of control.

“If the clubs know for sure the league will finish there won’t be any concern about salaries.

“I think some clubs are considering the possibility of cutting down salaries because of the uncertainty of when and if LaLiga resumes but if they do resume the clubs will not worry.”

Despite the country being on lockdown, league chief Javier Tebas wants to restart by mid-May and remains confident the season will be completed.

RFEF president Luis Rubiales has also ruled out cancelling the current campaign, with clubs backing the desire to finish.

“The corona situation is a global problem which requires a global solution,” said ex-striker Molango, who played for Brighton, Lincoln, Oldham and Wrexham after starting his career at Atletico Madrid.

“Everyone is very conscious that it is very serious and they have to look after the health of the players and fans.

“The question is will there be enough flexibility for a league to resume in, say, June? Even if it takes restarting at the end of June can FIFA and UEFA allow it to happen?

“They will do everything possible to finish the league, even if it means playing some games behind closed doors. The plan is making sure they can finish, it’s the number one priority.

“Around 70 to 80 per cent of income is from TV and not finishing the league would be a problem.”

Molango helped guide Real Mallorca to back-to-back promotions as they returned to LaLiga for the first time since 2013 last year.

He left last month but having taken the club from Segunda Division B he is concerned for sides outside the top two tiers.

“From Segunda B down it’s outside (the) control of LaLiga and down to the Federation. The situation is much more worrying at a lower level because the resources are more limited and they rely heavily on local sponsors.

“Right now a lot of clubs are sending their players home and applying some salary deductions.”