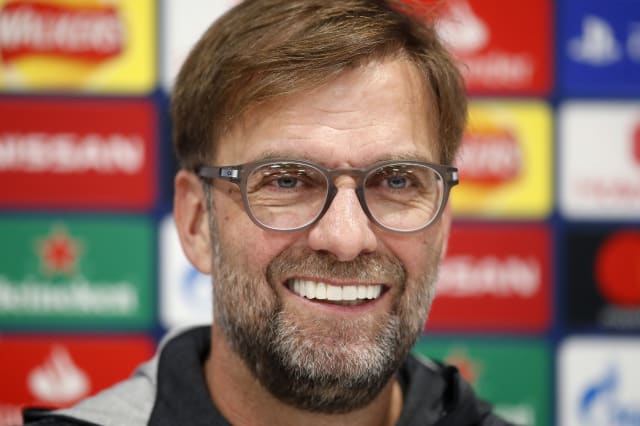 The Liverpool manager insisted issues like when football can resume and whether the Reds will win the Premier League are “embarrassing” compared with the Covid-19 crisis.

Liverpool boast a 25-point lead in the suspended Premier League but the Anfield club would miss out on a first top-flight title in 30 years if the current campaign is voided.

But German boss Klopp has put aside all sporting concerns while the world fights the coronavirus outbreak.

“It’s extraordinary: I think yesterday I was sent a video of people in the hospital just outside the intensive care area and when they started singing ‘You’ll Never Walk Alone’ I started crying immediately; it’s unbelievable,” said Klopp.

“But it shows everything, these people not only work but they have such a good spirit.

“They are used to helping other people; we need to get used to it because usually we have our own problems and stuff.

“But it’s their job, they do it day in and day out. They bring themselves, if you want, in danger because they help ill, sick and seriously handicapped people, so I couldn’t admire them more and appreciate it more.

“There are so many people out there that have much bigger problems so it would feel really embarrassing to myself if I was to talk about my ‘problems’ – I have the problems every person in the world has in the moment. That’s the lesson we learn in this moment.

“Now nature shows us we are all the same and we have all the same problems in the same moment, and we have to work together on the solution. There is nothing good in that situation apart from maybe what we can learn from that.”

Klopp admitted to working hard to keep Liverpool spirits high during football’s shutdown and called on society to usher in a positive legacy once the pandemic is at an end.

“In the future, in 10, 20, 30, 40 years, if we look back and the conclusion is that this was the period when the world showed the biggest solidarity, the biggest love, the biggest friendship or whatever, that would be really great,” said Klopp, speaking to Liverpool’s official club website.

“So in the moment when you go through a phase or a period like this it’s not possible to see that, especially not for the people who are ill, but there will be a point in the future, a moment in the future when we look back and hopefully then we can see it like this.