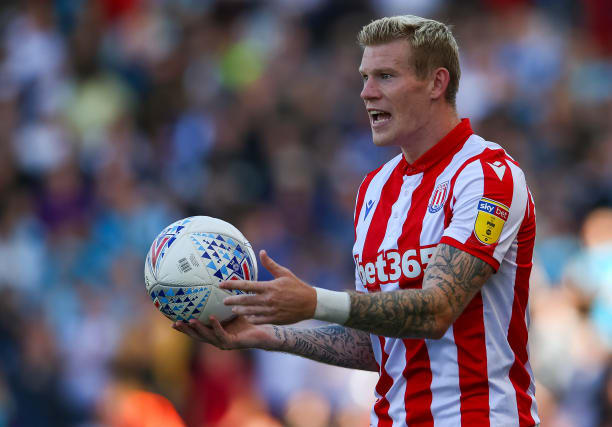 James McClean has been fined two weeks’ wages by Stoke after he posted a picture of him home schooling his children in a balaclava.

The 30-year-old Republic of Ireland international was pictured sitting above his two kids, his face covered by a balaclava, with the caption: ‘Today’s School lesson – History.”

He used an emoji to underline the message was meant to be a joke but Stoke have taken a dim view.

McClean told the club’s website: “I never wanted to cause any offence but I now realise that I did so and for that I apologise unreservedly. I have spoken to the club and will be deleting my Instagram account.”

McClean has been a target of abuse over his refusal to wear a poppy on his shirt for Remembrance Sunday since moving to England to join Sunderland in 2011.

McClean, who is from Derry, objects to wearing the poppy because the symbol commemorates military personnel who have died in war – and not just soldiers who lost their lives in the First and Second World Wars.

Manchester City cleared to play in Champions League next season