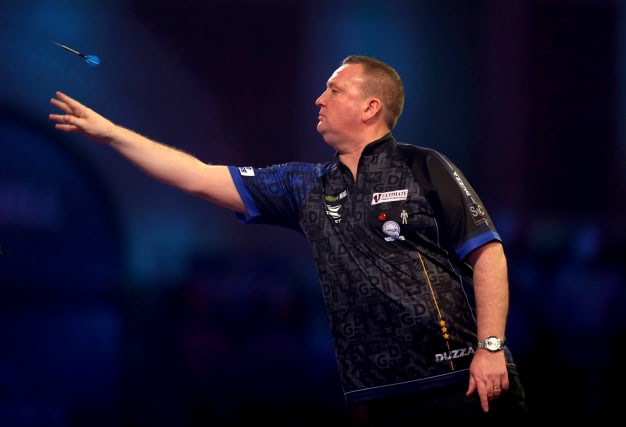 Glen Durrant has admitted it took him time to come to terms with having to put his dreams on hold because of the coronavirus pandemic.

The 49-year-old Middlesbrough darts professional has enjoyed a whirlwind year or so having won his PDC tour card and being propelled into the Premier League ranks after claiming a third successive BDO world title in January last year.

When the Premier League programme was suspended as a result of the ongoing global health crisis, Durrant sat proudly at the top of the table, a point clear of three-times PDC world champion Michael van Gerwen.

The world number 19 told the PA news agency: “A week ago, I was quite down about it because it’s been a dream of mine to play Premier League.

“Newcastle was the one that was next, which is obviously 40 minutes from my home and I had close to 500 people going to that, and the week after that, I had Michael van Gerwen in Rotterdam.

“That’s what dreams are all about, that’s why I joined the PDC, for games like that.

“But with time, you begin to realise this is a serious time for everybody and it’s about your health and well-being and touch wood, I’m absolutely fine.

“I’m fit, I’m healthy, I’m at home, I’m following all the necessary guidelines and just hoping that this passes soon and we can get back to normality.”

Durrant only turned professional in March 2019 after a 30-year career in housing, during which darts was his passion, but did not provide him with his living.

In many ways, he is still coming to terms with the way in which his life has been transformed in recent years.

He said: “My story is all about a guy who at 45 years old, it all went right for him after 20 years of pottering about and playing in local leagues.

“I feel very blessed and lucky that my hobby is now my job. Genuinely, I keep thinking I’m going to wake up.”

Durrant’s recent success, coupled with the “magnificent” support of the PDC during the current hiatus, has provided him with financial insulation – the BDO title came with a £100,000 purse – at a time when sport, like every other aspect of life, is struggling to deal with the financial impact of lockdown.

However, he knows many people both within and outside the game, are not so fortunate.

“But I do think there will be players who are ranked 64 to 128 who have plunged into playing full-time darts and it will be affecting them a lot more than me.

“But there are a lot worse-affected people in life than dart players right now, people on zero hours contracts, the clubs, the pubs, the part-time workers etc. There are a lot of people worse off than us.”

In the meantime, Durrant, who modestly insists he has “no natural talent”, he will continue to practice as assiduously as ever in anticipation of a resumption while hoping some of his competitors do not.

He said: “My mentality and my psychology on this is just to keep practising really hard and thinking hopefully everybody else isn’t.

“But I’m realising now that I haven’t got that Michael van Gerwen match to put that intensity into my practice. It’s a strange one.”