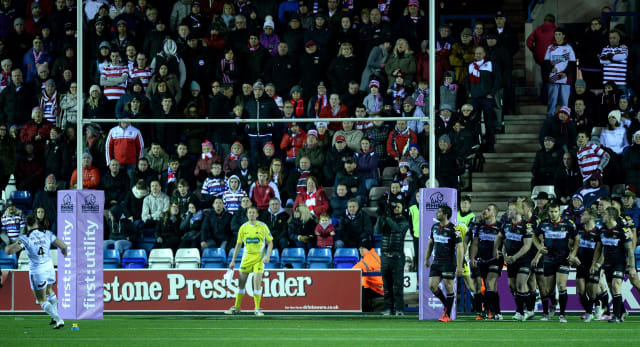 Former Widnes and Great Britain centre Frank Myler, the captain of the last Ashes-winning team, has died after a long illness at the age of 81.

Myler, who won 24 caps and went on two tours, made 369 appearances for Widnes from 1955-67, helping them win the Challenge Cup in 1964, and played for St Helens before ending his career at Rochdale.

A statement on the Widnes website read: “Widnes Vikings are heartbroken to hear the news of Frank Myler’s passing.

“Frank led his hometown club to glory both as a player and a coach, and is also the last GB captain to lift the Ashes. Our thoughts go out to the Myler family at this difficult time.”

The news was first broken by Myler’s former Widnes and Great Britain team-mate Jim Mills, who tweeted: “Heartbroken to lose a great friend, my love and thoughts to all the family today, rest well Frank.”

Myler was awarded the Harry Sunderland Trophy as man-of-the-match in St Helens’ 24-12 win over Leeds in the 1970 Championship final.

He helped Great Britain win the World Cup in 1960 and his greatest achievement came in 1970 when he led the Lions to a 2-1 Test series victory over Australia.

Following his retirement, Myler succeeded Vince Karalius as Widnes coach in May 1975 and three years later was succeeded in the post by Doug Laughton.

He was one of the original 13 players inducted into the Widnes Hall of Fame in 1992 and went on to become the club’s general manager.

Rugby Football League chief executive Ralph Rimmer said in a statement: “Frank Myler will rightly be remembered as an outstanding player, especially for Widnes and St Helens, and of course for Great Britain including captaining the Lions to our last Ashes success in Australia in 1970.

“I was privileged to attend the Rugby League Lions Association lunch earlier this year and to present medals to members of the squad and in some cases their relatives on behalf of the RFL, in belated recognition of their achievement.

“Frank was too ill to attend, but it was obvious listening to the recollections of the players who did that his leadership had been a key factor behind the success of that tour.

“He also went on to coach Great Britain on the 1984 Lions tour. On behalf of the RFL, we send our condolences to his family and friends.”