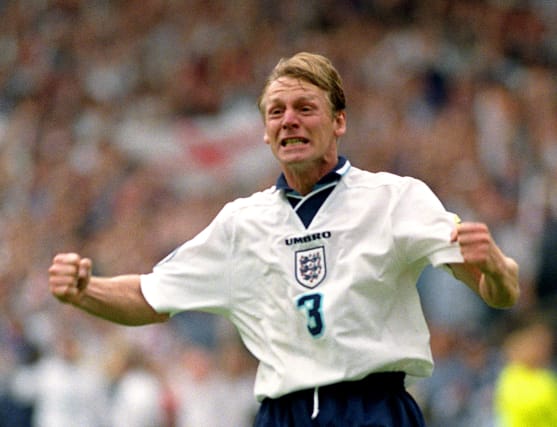 England fans can enjoy a slice of Gazza, El Tel and ‘Football’s Coming Home’ as the ITV Hub has raided the archives to show every match from Euro 96.

With Euro 2020 postponed for 12 months, the ITV Hub has decided to air all 31 games from the tournament hosted in England and won by Germany.

ITV4 will also show England’s five games – including the memorable 4-1 Wembley win against Holland – and the final between Germany and the Czech Republic.

Paul Mortimer, head of digital channels and acquisitions at ITV, said: “Nothing brings the country together like Euro fever, and with this year’s tournament postponed to 2021, we’re giving our audience a chance to relive one of the all-time great sporting events, Euro 96.

“Thanks to the ITV Hub and ITV4, there’ll be no shortage of vintage football classics for fans to indulge in over the next few months.”

A summer to remember saw star player Paul Gascoigne and manager Terry Venables – known as El Tel from his time in charge of Barcelona – come so close to steering England to a first major title since the 1966 World Cup.

The soundtrack to the tournament, of course, was David Baddiel, Frank Skinner and The Lightning Seeds’ chart-topping anthem ‘Three Lions (Football’s Coming Home)’.