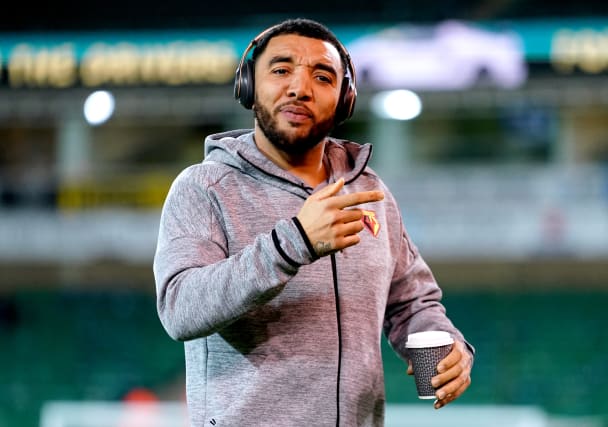 Sport across the world is grappling with an unprecedented challenge as it works out how to cope with the coronavirus crisis.

Here, the PA news agency picks out the best quotes from March 26.

Deeney, a father of three, is alarmed at those people who seem to be ignoring the guidelines about staying at home unless they are buying essentials, exercising or fulfilling a role as a key worker.

“How many more warnings do we need? They said they’ll pay 80 per cent of wages and people are still going to work.

“It’s going to have to go like Russia where if you go outside, it’s five years in jail.

“Some are seeing it as a bit of a jolly-up and it’s a shame because it could affect so many. You’ve got to hope people see the curve in Italy and Spain and get (the severity) of it.”

Scotland boss Steve Clarke has urged the Tartan Army to join the fight against the virus.

Clarke’s team were due to be facing Israel in their Euro 2020 play-off semi-final on Thursday evening but the Hampden showdown has been shelved until June in the wake of the pandemic.

He said in a statement: “That sense of togetherness, loyalty and commitment is needed in our lives now, more than ever before. The first minister and the chief medical officer have been clear in outlining exactly what the nation must do to combat the virus that has become a global pandemic.

“I urge all of you to heed that advice: stay indoors, protect your family, and protect others. Stay home, save lives. Simple.”

Northern Ireland manager Michael O’Neill followed suit on what would have been the eve of their play-off semi-final against Bosnia.

“Football players, managers and coaches are not immune to the potential effects of this deadly virus,” O’Neill said in a statement.

“We have family members and friends who are classed as vulnerable. We care for them deeply and don’t want them to come to any harm.

“We can help keep our loved ones safe by working together in tackling the spread of Covid-19 and following the guidelines issued by the government and the health authorities. It is in everyone’s best interests to do so.”

Everton manager Carlo Ancelotti has written an open letter to fans urging them to “respect and protect” NHS workers by following the Government’s coronavirus stay-at-home guidelines.

The Italian also stressed the health and safety of people was “the number one priority in order to win this fight”.

In an interview with the Telegraph, Newcastle manager Steve Bruce called for a ‘Festival of Football’ with games every day to help get the season completed when it is safe to play again

Asked how he has been spending his days, Potter replied: “I’ve been speaking to all the players one to one, to make sure they’re OK.

“And then looking at viewing some games and bouncing around some ideas to be ready for when we’re going to start.”

Gymnast Max Whitlock admitted his hopes of holding on to his Olympic titles have been hit by the inevitable decision to postpone this year’s Tokyo Games.

The 27-year-old told the PA News Agency: “I’ve got to be honest and say that every year gets tougher – the training is harder and the recovery takes longer – so that is going to be a hard thing.

“But I’m trying to look at the positives and just be grateful that they didn’t cancel the Games outright. It is a situation no athlete could have prepared themselves for, and it is about how we can best react.”