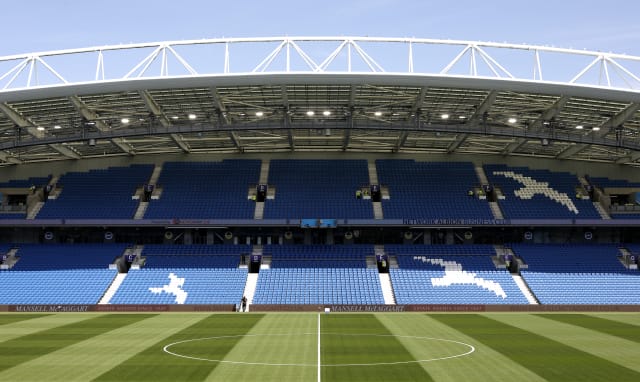 An unnamed Brighton player has tested positive for coronavirus but is “OK”, according to chief executive Paul Barber.

Albion’s squad are on a break from full-time training and working on their fitness at home due to the global pandemic.

Barber, who was unwilling to name the individual, said: “We’ve had three players tested, one has tested positive.

“But the one that tested positive was just today, so that’s unfortunate but he’s OK and he’s obviously getting the care that he needs at the moment.”

Potter, who has remained in regular contact with his players, revealed his wife was last week suffering from “flu-like” symptoms but has since recovered.

“She’s good now, no problems. We’re as isolated as you can be. We’re out in the garden – that’s our bit of excitement,” he said.

Albion were 15th in the Premier League, two points above the relegation zone when football was suspended earlier this month.

Asked how he has been spending his days, Potter replied: “I’ve been speaking to all the players one to one, making sure they’re OK.

“And then looking at viewing some games and bouncing around some ideas to be ready for when we’re going to start.”