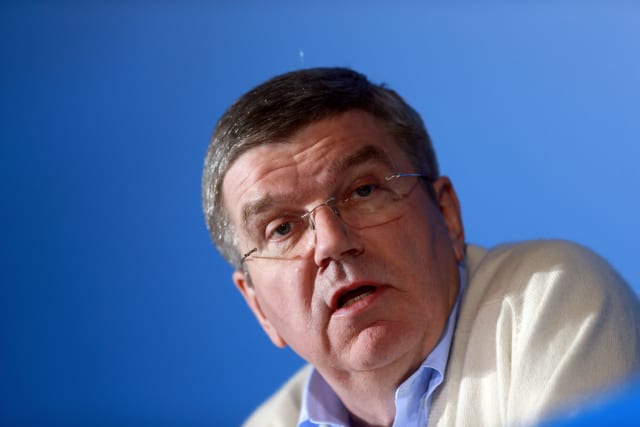 The new Tokyo 2020 task force will hold its first meeting on Thursday as planning begins in earnest for a Games next year.

The International Olympic Committee and Japanese organisers announced on Tuesday that the Olympics and Paralympics were being delayed until 2021 because of the worsening effect of the coronavirus pandemic across the globe.

No dates have yet been suggested but IOC president Thomas Bach indicated on Wednesday that the Games could be held in the spring.

Bach, who said Japan remained “very confident” in its ability to host the sporting extravaganza this summer right up until last weekend, intimated that a task force would now look at all options in 2021 for rescheduling.

“The agreement is that we want to organise this Olympic Games at the latest in the summer of 2021. That means that this task force can consider the broader picture,” he said.

“This is not just restricted to the summer months. All the options are on the table before and including the summer 2021.”

British hurdler Dai Greene immediately criticised the possibility of a ‘cherry blossom’ Olympics, writing on Twitter: “When do we get the chance to compete and qualify for a spring Games? This summer will be sparse at best. Someone have a word.”

Bach said he hoped the task force, which has been called Here We Go, would be able to announce a new date for the Games as soon as possible, but that the “quality” of the decision was the key thing.

Here We Go will hold a conference call with the 33 international Olympic sports federations on Thursday to discuss options, Bach said, before further consultations with other bodies such as athletes’ representative groups, sponsors and broadcasters.

Bach took part in a conference call with reporters from around the world on Wednesday, and was asked whether the IOC would be prepared to further postpone, or even cancel, the Games if the pandemic had not eased by next summer.

“We have established the principle that we have always been following, and that we will be following in the future, that we will organise a Games only in a safe environment for all the participants,” the German said.

He said cancellation had been an “option on the table” when discussions around postponements were held over the weekend but it was clear “from the beginning” that it was not an option the IOC favoured.

“Our mission is to organise Olympic Games and to make the Olympic dreams of athletes come true,” he added.