Justin Langer keen for Australia to ‘recharge’ during coronavirus stoppage 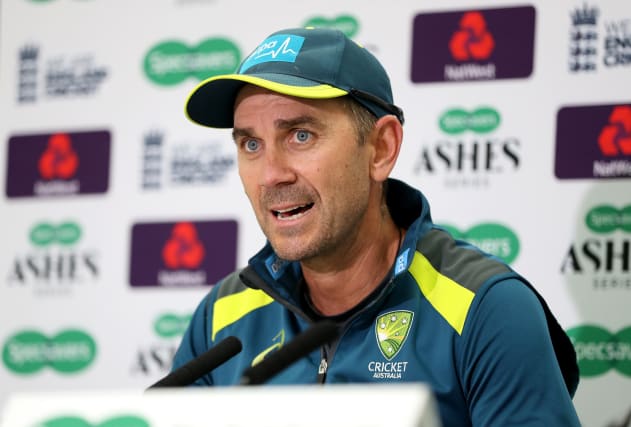 Australian cricket head coach Justin Langer said he was encouraging his players to find some “silver lining” amid the coronavirus pandemic.

The spread of Covid-19 came towards the end of the Australian cricket season, with the ODI series between Langer’s side and New Zealand falling victim to increasingly tight travel restrictions.

And the former Test opener said he hoped it would allow the side to have a physical and mental break.

“The truth is for me personally, and for a lot of the players, this is like nirvana in the fact we’re home with our families, we’re sleeping in our own bed, we eat home-cooked dinners, and we can still work – in one degree or another – from home,” he said.

Australia entered their ODI series with the Black Caps on the back of a 3-0 series defeat in South Africa, the latest in a gruelling programme which extended back to 2019’s World Cup.

He said: “We identified in South Africa a number of our players were physically and mentally exhausted.

“If you think about it, we had all winter with the World Cup and the Ashes, then into our summer and the boys were playing before that, so some of them came straight from the Indian Premier League straight to the World Cup.

“It gives them a really good opportunity to recharge and we’re obviously looking at scenarios moving forward to make sure we’re ready for whatever comes up.”

He said Cricket Australia was talking to players urging them to “stay ready”.

He added: “We know that we can’t sit on our hands, we don’t know how long this is going to last for and we will have to be ready and organised.”

Langer also mentioned the toll the pandemic had taken on his family, with three of his four daughters losing work.

“We’re all going stir crazy, the cricketers are no different to anyone else out there, there’s so much uncertainty out there at the moment.

“I have great empathy for so many people who are going through this tough time.

Regarding Australia’s two-week tour of England scheduled for July, Langer was asked if there was a will to eventually play the matches which would prove lucrative for English cricket.

“Having said that, it is such a complex process. If we can make it work to help English cricket, to help Indian cricket, then that’s going to be very important. No doubt about that.”