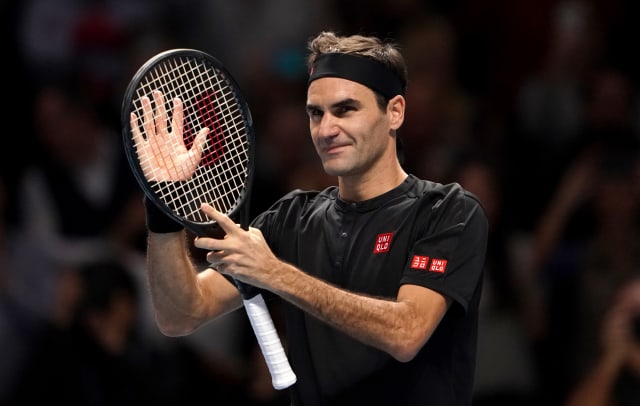 Sport across the world is grappling with an unprecedented challenge as it works out how to cope with the coronavirus crisis.

Here, the PA news agency picks out the best quotes from March 25.

“These are challenging times for everyone and nobody should be left behind,” Federer said in a statement on Twitter.

“Mirka and I have personally decided to donate one million Swiss Francs for the most vulnerable families in Switzerland.

“Our contribution is just a start. We hope that others might join in supporting more families in need. Together we can overcome this crisis! Stay healthy!.”

Barrow manager Ian Evatt does not believe that the National League club would recover if the season were to be declared void.

Evatt, whose side have a four-point lead at the top of the postponed league, said: “I don’t think it would recover. That’s being frank. I don’t see how you can, in the interest of fairness, void the season when some teams in our league have only got seven games to play.”

Justin Rose, who won gold in the golf event at the Rio Olympics in 2016, says he will be in Tokyo next year.

“I’ll make the necessary sacrifices to my schedule to make 2021 Olympics a priority of mine,” Rose told the PA news agency in a phone interview from his home in the Bahamas.

“It’s something that’s been an amazing gift to my career and to be announced on the first tee for so long as the Olympic champion is something special and I get it for an extra year now.

“Another year’s bragging rights which is really going to frustrate my fellow pros. I think they were getting pretty fed up with it to be honest!”

Super League executive chairman Robert Elstone is confident all 12 teams will survive the crisis and be around for the resumption of the season, whenever that comes.

Elstone told an online media briefing: “Our big priority right now is economic survival for us and for our clubs and everything we’re doing is about that.

“So we are looking very closely at the support the government is offering all businesses to make sure we’re as well placed as we can be to access that as quickly as we can be.”

Wimbledon chief executive Richard Lewis has set a timetable for the fate of the 2020 tournament to be decided.

“The single most important consideration is one of public health, and we are determined to act responsibly through the decisions we make,” Lewis said in an All England Lawn Tennis Club statement.

“We are working hard to bring certainty to our plans for 2020 and have convened an emergency meeting of the AELTC main board for next week, at which a decision will be made.”

Crystal Palace forward Andros Townsend admits he is missing the buzz of football but believes all players are understanding of the current situation.

“I think we all understand that football is nothing compared to what is going on out there. It is probably not safe to be going back (to playing) in the near future,” Townsend told Talksport.

Tottenham and England skipper Harry Kane made a plea on Instagram for people in Britain to follow government advice and stay at home.

“I think it’s so important we all do everything we can to give the NHS and the healthcare services around the world the best possible chance to help those who are really suffering from this virus. Please stay at home. We’re all in this together.”