Sporting film of the day 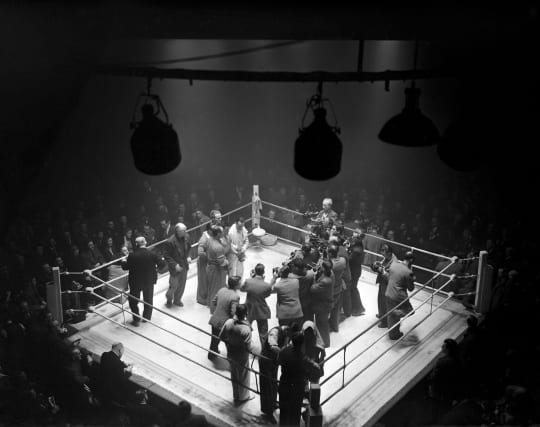 This Martin Scorsese-directed classic tells the turbulent story, inside and outside the ring, of Jake LaMotta, the New York-based Italian-American and great middleweight of the 1940s and early 1950s. Depicted in his heyday, LaMotta is a relentless and brutal puncher with a granite chin, a force to be reckoned with. But his competition is strong and the mafia-controlled road to a world title shot is a long one. Between fights his domestic life is chaotic. His temper and paranoia complicate his relationships with his first two wives as well as his brother, with violence often the result.

Robert De Niro gives an Oscar-winning performance as the troubled and volatile LaMotta. It was said he sparred to a professional standard in preparation for the role and it shows. Co-stars Joe Pesci and Cathy Moriarty, playing LaMotta’s brother and manager Joey and his second wife Vicki respectively, also received Academy Award nominations for their roles.

With De Niro and Pesci in tandem in a Scorsese film, naturally the main protagonists are not shrinking violets. It is at times an uncomfortable watch but its brutal realism does not alter the fact it is an expertly-directed and brilliantly-acted picture, capturing a tortured soul in his quest to become the best. A lot of the crowd scenes have stood the test of time, still looking good 40 years on, and somehow the decision to shoot almost entirely in black and white adds gravitas. Scorsese was also nominated for best director and the film for best picture. With an evocative soundtrack, it must rank as one of the greatest of all sports movies.

A bloodied Lamotta – after a pounding at the hands of Sugar Ray Robinson, an opponent he fought six times – finds reason to be proud in defeat.