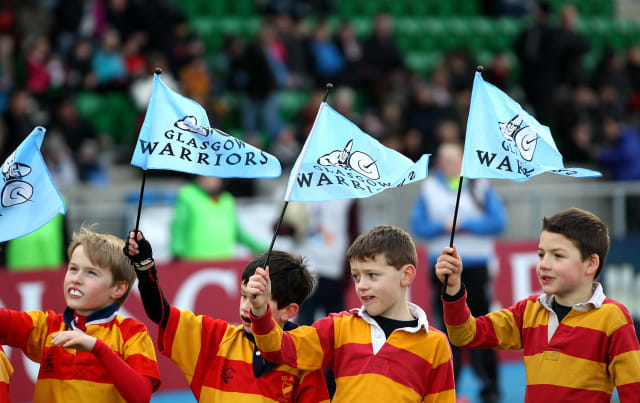 Ratu Tagive was enjoying a season he hoped would never end – and the irony is not lost on the Glasgow wing as speculation mounts that his breakthrough term may never be completed.

Four years since moving to Scotland, Australia-born Tagive has finally established himself in the Warriors line-up.

His reward for a campaign that has seen him score two tries in six appearances, make his European debut and earn a first Scotland call-up is a new two-year deal tying him to Scotstoun until 2022.

But he may have to wait a little longer than he first envisioned to claim his maiden cap for his adopted country after domestic action was placed on hold because of the coronavirus crisis, with doubts too over the Dark Blues’ summer tour of South Africa and New Zealand.

The 28-year-old told the PA news agency: “It’s been a real breakthrough season. I didn’t really want it to ever end – and it’s just my luck it’s been put on hold.

“The situation right now is crazy but when the world gets back to normal it will be good to get back playing and try to hit those heights again.

“I’ve enjoyed a pretty stellar season, achieving a lot of firsts. It’s been a whirlwind. I’ve had to pinch myself because it’s felt like a dream at times.”

The former rugby league player has had to wait his turn since moving to Glasgow in 2016.

A rule which limits clubs in the Guinness PRO14 to fielding just two players holding foreign passports stunted his opportunities while he was left stuck behind club captain Callum Gibbins and scrum-half Nick Frisby in the international pecking order.

But after gaining Scottish residency back in November, Tagive has not looked back.

He said: “I understood that those senior guys would take priority and just had to get on with it.

“I became Scottish qualified in November and from then on I’ve finally been able to pick up the momentum I needed and that’s led from one thing to another.”

Tagive has not had it easy reaching this point.

One of nine siblings born to Fijian parents, he was forced to support his mother while she battled a gambling addiction.

His dreams of making it big in Australia’s NRL faded during that turbulent period but salvation came with a change of code and hemisphere when he got his chance with Warriors.

And the realisation of just how far he has come arrived with a phone call from Scotland head coach Gregor Townsend back in December.

He explained: “We were in the car so I put it on loudspeaker so my partner Victoria could listen in.

“He told me he’d been keeping an eye on me as I’d been playing well and wanted to let me know early I’d be in the squad for the Six Nations, just in case I had to cancel any holidays.

“As it turned out I did have a trip to Mexico planned – but Gregor just said, ‘Yeah mate, you’ll have to cancel that’.

“After he hung up I looked at Victoria and everything came flooding back.

“I thought about mum and all the struggles I’d had over the years. I remembered back to my time when I was working in a bar until 4am every morning while watching my mates who I grew up playing rugby league with on TV because they were playing State of Origin back home.

“I admit I burst into tears in the car. It made me realise you have to savour all these moments. We’re in a bubble as athletes and I know what it’s like to be on the outside looking in.

“I was 24th man for the England game and the journey to the ground on the bus was incredible.

“I don’t know what happening with the summer tour, we’ve just been told the campaign is postponed indefinitely. But once we’re back up and running making my Scotland debut would definitely be the next goal I’m aiming for.”