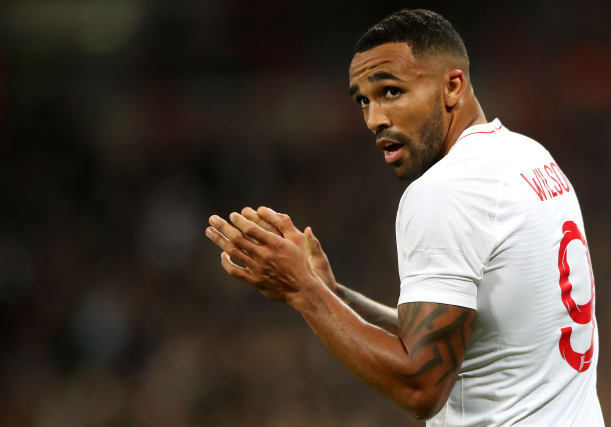 England striker Callum Wilson and Arsenal defender Hector Bellerin are among a group of Premier League players to launch the #FootballUnited initiative, which aims to raise money for local communities impacted by the Coronavirus pandemic.

Manchester United full-back Aaron Wan-Bissaka, Chelsea defender Reece James and Crystal Palace winger Andros Townsend have also signed up to the campaign, which has a target of at least £100,000.

The proceeds will be collected by the National Emergencies Trust, with the money used to support elderly and vulnerable people affected by Covid-19, which has brought football on the pitch to a halt.

The campaign is being coordinated by Unique Sports Management, and a joint statement on behalf of the players involved read: “Football has such a big role to play in communities and our clubs are a huge part of people’s lives.

“Without football, we want to put our rivalries aside and show togetherness at such a critical moment for the country.

“These are uncertain times for communities, but as players we want to show some recognition for the incredible work that is being done for the most vulnerable.

“There are so many people at home who are afraid, alone and without full-time care.

“With the nation’s help, we can show our support to the many volunteers and organisations who need funds to make sure vital food and medicine supplies will continue to be delivered during the crisis.

“As players we would love nothing more than to be out there playing in front of packed stadiums again, but that can wait – the most important thing right now is the future of the country and #FootballUnited is our way of showing some community spirit.”

Chelsea manager Frank Lampard, meanwhile, has donated £10,000 to the Help Them Help Us appeal fund, which is looking into coronavirus research, setting up a 24/7 national psychological support service as well as ways to boost personal protective equipment for National Health Service workers during the pandemic.

The Coronavirus pandemic continues to impact cities all over the world, with millions of sports fans, old and young, advised to stay at home.

Neymar Jr. Comics, backed by the Paris St Germain and Brazil forward, announced the entire library of more than 200 individual episodes across all titles of the comic and graphic novels, which are produced in different languages, will be made available free to view for the duration of the crisis.

Closer to home, former world light-welterweight champion Amir Khan has offered his newly-refurbished wedding venue to the NHS as medics battle to deal with the pandemic across the United Kingdom.

Khan has spent a reported £5million on redeveloping the 60,000 square foot venue in his home town of Bolton ahead of its scheduled opening this summer, but is now ready to hand over the keys.

Premier League club Brighton have decided to donate 1,000 tickets for future matches to frontline NHS workers and their families, with Bournemouth also investigating an initiative to pledge match tickets to key workers during the 2020/21 season.

Norwich goalkeeper Tim Krul would have been expecting to face Manchester United in the FA Cup quarter-finals last weekend and be helping the Canaries’ on-going battle for Premier League survival.

The Dutchman has joined many players who are supporting club efforts to keep in touch with older fans and check on their wellbeing.

“I spoke to a lovely lady yesterday, she has her 94th birthday today. She didn’t have any milk, any bread and she was scared to leave the house,” Krul said on BBC Radio Norfolk.

“(It turned out) she was living six houses down the road from me, so it ended up being an amazing call… I was able to get some stuff to her.”

UFC star Conor McGregor has purchased 1million euros (£0.91m) of personal protective equipment to be sent to hospitals in Leinster, Ireland to aid in the fight against coronavirus pandemic.

The 31-year-old Mixed Martial Arts fighter had earlier made a plea for a total lockdown to help slow the infection rate.

McGregor posted his reply to a Twitter exchange with Ireland’s Minister for Finance, Public Expenditure and Reform Paschal Donohoe.

“Where we would be without these brave men and women, I do not know,” the ‘Notorious’ wrote.

“May God bless over them and keep them safe. We need more units on the street to enforce this lockdown Paschal. It has been too lax!”