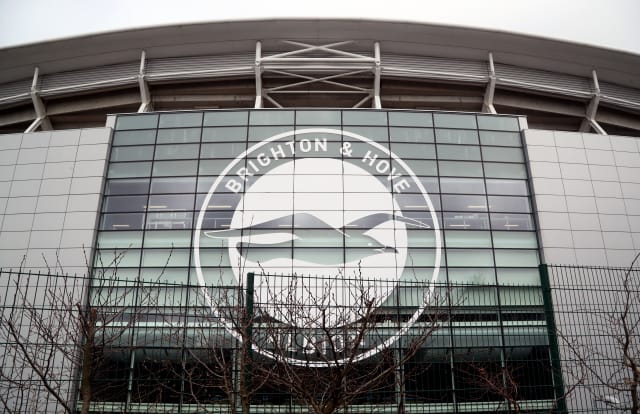 Brighton have started an initiative for clubs in the Premier League, English Football League, Scotland and Northern Ireland to donate 1,000 tickets for future matches to frontline NHS staff.

Barber said: “We are working on a range of things across all areas of the community and I hope this will just be the start.

“We fully appreciate football is the last thing on anyone’s minds at this moment but we feel this is a small way in which we can show our gratitude for those NHS staff on the frontline who are fighting the battle on behalf of all those and give them something to look forward to.”

Bournemouth chairman Jeff Mostyn said: “We are absolutely delighted to match Brighton’s gesture and commit to 1,000 tickets, and we will pass the baton to another club with the aim of reaching a significant target so football as a whole can show it’s appreciation for our country’s NHS workers.”

Watford have offered the use of their Vicarage Road stadium to the nearby Watford General Hospital for a range of NHS purposes.

“We need to forget football right now and concentrate on doing all we can to support the NHS, and in particular, Watford General Hospital,” Watford chairman and chief executive Scott Duxbury said in a joint statement announcing the move.

“Our proximity as a football club next door to a hospital puts us in a great position to offer help and we’re keen to do whatever we possibly can to support NHS staff and their families.”

Former Tottenham and England striker Clive Allen is currently in self-isolation after testing positive for the virus.

The 58-year-old was laid low earlier this month, where he suffered with headaches, fever and a dry cough before getting a test in his own home.

Allen told The Sun: “Over two or three days it took hold and I felt unwell for five days, one day particularly so. I had quite a nasty headache which I never get. It was vice-like around my head.

“After I began to feel better, I had a dry cough for about three days.

“Because there was information about the illness I called 111 and they said they’d call me back within two or three days, which they did.

“They came three or four days later and tested me at my house. Health England arranged it and the lady came and swabbed my nose and my mouth.

“She went away and I got the positive result five days later.”

Tennis player Thiago Seyboth Wild, who won his first ATP Tour title in Santiago earlier this month, has also contracted the virus and has been in self-isolation for a week.

The 20-year-old Brazilian, ranked 114 in the world, is the first professional to confirm he has caught Covid-19.

In a video message on Twitter, Seyboth Wild said: “I’ve been taking care of myself and following the doctor’s instructons.

“This is just a reminder for you all to stay at home, to take care of the people you love and help us to not spread this disease. Stay home and stay safe.”

British Swimming has confirmed the FINA Diving World Championship series set for London has been cancelled, along with all end-of season domestic championships.

A statement read: “After further consultation with FINA and our key partners in London, we have taken the difficult decision to cancel the London leg of the 2020 FINA Diving World Series.

“Initially postponed, all parties were working towards an alternative date, but this has not been possible given the escalation of COVID-19 worldwide.”

In Japan, the J League has announced an extension to the postponement of fixtures across the top three divisions in Japan, as well as the cup competition.

No fixtures will be played before May 9 following the latest decision to delay the return of football.