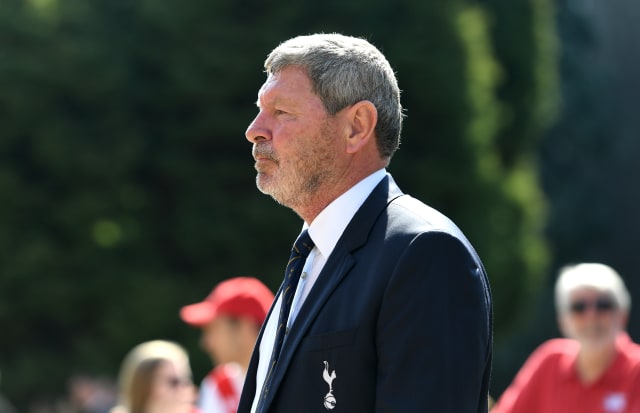 Former Tottenham and England striker Clive Allen is currently in self-isolation after he tested positive for coronavirus.

The 58-year-old was laid low with the virus earlier this month, where he suffered with headaches, fever and a dry cough before getting a test in his own home.

Allen, who scored 49 goals in the 1986/87 season for Spurs, told The Sun: “Over two or three days it took hold and I felt unwell for five days, one day particularly so. I had quite a nasty headache which I never get. It was vice-like around my head.

“After I began to feel better, I had a dry cough for about three days.

“Because there was information about the illness I called 111 and they said they’d call me back within two or three days, which they did.

“They came three or four days later and tested me at my house. Health England arranged it and the lady came and swabbed my nose and my mouth.

“She went away and I got the positive result five days later.

“I thought I had a bad attack of flu but obviously – due to the timing of it – I was a little bit concerned because there was a lot being talked about the coronavirus.

“I isolated straight away when I started to feel unwell because of what was being said. That was on March 9. I am still self-isolating now.”

Allen, whose wife has respiratory issues, is still concerned about passing on the illness and remains in self-isolation despite recovering.

“I am still a bit wary knowing I have tested positive,” he added. “I am making sure I am isolating from family members; particularly older ones and my children have come to see us but have talked to us from the garden.

“I am scared, absolutely. I would like to think I am reasonably healthy and I know how I felt. I hate to think how that would feel to somebody who is vulnerable.

“We need to protect those people because I would not wish that on anybody.

“I would like to think everybody is sensible and respectful.

“There are people out there who are very susceptible should they get the disease so we all have to do the right thing.”