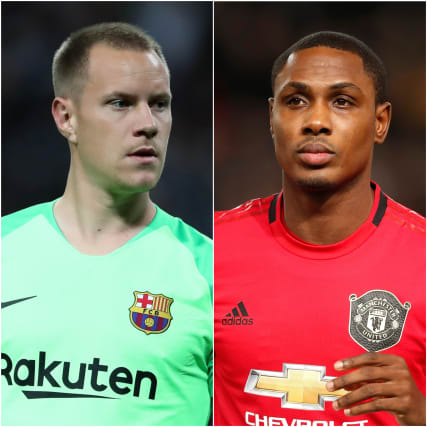 Manchester United will be looking to extend the loan deal for OdionIghalo, who has scored four goals since arriving at Old Trafford from Shanghai Shenhua, reports the Daily Mirror.

Barcelona are struggling to convince Marc-Andre Ter Stegen to sign a new deal, reports the Daily Star. The 27-year-old is wanted by Chelsea who could be looking to find a replacement for Kepa Arrizabalaga.

Sticking with the Stamford Bridge side, the club have given up their pursuit of Leicester’s Ben Chilwell and have instead turned their attention to NicolasTagliafico who is currently on the books of Ajax, says the Daily Express.

Three Premier League sides are battling for the signature of 18-year-old Malick Thiaw, who is currently on the books of Schalke. The defender has only just broken through to the first team for the Bundesliga side, but Liverpool, Manchester City and Arsenal will look at meeting his £6.9million release clause, says the Daily Mail.

Tottenham are looking to make a move for RB Leipzig’s Austria international Marcel Sabitzer, reports the Daily Star. The paper claims the midfielder has caught the eye of Jose Mourinho, but the club would need to put in a bid north of £45million.

Marc Cucurella: The Getafe full-back is wanted by Chelsea, with a transfer fee of around £23million mooted by Diario Sport.