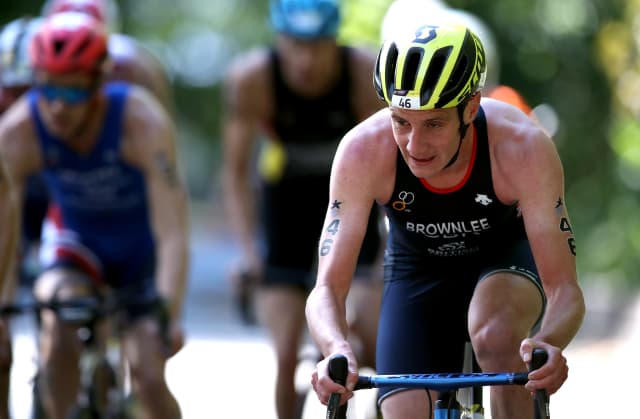 Alistair Brownlee is preparing to extend his Olympic career by another 12 months following the announcement that the Tokyo Games have been postponed until 2021.

The double triathlon gold medallist and his brother Jonny were altitude training in New Mexico when news of the delay came through, prompting a “scary” dash back to Britain on one of the few remaining flights.

The 31-year-old Brownlee admitted he was “100 per cent” ready to call time on his short-course career after Tokyo, and re-launch his ambition of challenging on the ‘Ironman’ circuit.

Brownlee told the PA news agency: “Tokyo 2020 would have 100 per cent been my last short distance race, and I am now going to have to extend it for another year.

“The logical conclusion is that it will be more difficult because I will be another year older.

“But you never know what is going to happen in a year in endurance sport. A year ago I didn’t think I would be in the position I am now – I thought my short-course career was effectively over.

“It is going to be a challenge but there are a lot of people in a far worse position than me.

“The Olympics are an inspirational thing, but when people are in hospital losing their lives, it seems inappropriate if any of those resources are being put into a sporting event.”

Brownlee considered himself fortunate to make it home to Leeds on Wednesday after catching one of the few still-available overnight flights back from Boston.

He said: “We were training as hard as possible and thinking what more we could do to maximise our preparations for the Olympics, and the next thing the Games were cancelled and the Foreign Office were telling us to get home.

“It was a bit scary going through airports with nobody else there, and departure boards showing most of the flights were cancelled. It was a huge relief to be able to get onto that plane.”

Current lockdown rules which limit citizens to one piece of exercise per day are likely to frustrate the brothers, who are used to embarking on daily runs and cycles through the Yorkshire countryside.

But Brownlee is keen to keep the issue in perspective and said he felt more for the younger athletes who now face major disruption in their respective quests to reach their first Olympics.

“I think it’s going to be very tough because I’ve been outside and active for almost every day of my life,” admitted Brownlee.

“But I have got the experience and I think the delay is going to have a bigger impact on those athletes who had been giving absolutely everything to make what would have been their first Games.

“It is a good challenge to come up with a new form of exercise programme. I will do as much as I can do but in terms of the sporting aspect, at least that can now take a bit of a back seat for the time being.”

In the course of his Olympic reign, Brownlee has sporadically toyed with the idea of reverting to the marathon or 10,000 metres, but it is the ‘Ironman’ circuit which still represents his greatest goal.

Brownlee won his debut full ‘Ironman’ in Ireland in June, and went on to finish 21st in the 2019 World Championships in Hawaii.

He added: “It is still my intention to move on after Tokyo. I want to go back to racing over the longer distances and in the future, I will be concentrating solely on ‘Ironman'”.