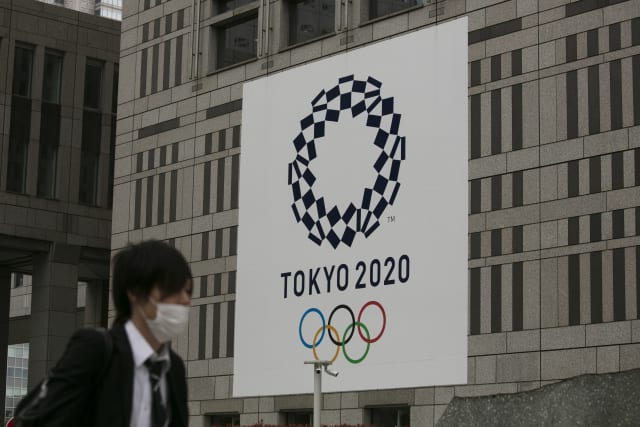 Chairman of the British Olympic Association Hugh Robertson says it is unthinkable that this summer’s Tokyo Games will not get postponed due to the coronavirus pandemic.

The BOA will join the growing calls for the Games, due to start on July 24, to be delayed, with Canada and Australia already saying they will not send a team to Japan.

The BOA, the British Paralympic Association and funding body UK Sport will hold a conference call on Tuesday afternoon with bosses from the summer Olympic and Paralympic sports to finalise the decision.

An official announcement from Tokyo 2020 could come on Monday as the executive board are meeting and then holding a press conference afterwards.

Robertson told the Today programme on BBC Radio 4: “We are pretty much there, I think a postponement is pretty much inevitable.

“The final piece with the jigsaw is that we have telephone call this afternoon with UK Sport, the British Paralympic Association, our sports’ and athletes’ representatives, just to absolutely nail this down.

“I really don’t see how there is any way the IOC can press ahead with a start in July this year. We have always said there were two things that for us were really important here.

“Secondly there is a really serious question about whether it would be appropriate to hold an Olympic Games against this backdrop.

“For both of those reasons, it is my personal view, that July is a total non-starter, but we just need to do that final bit of consultation.”

The Canadian Olympic and Paralympic committees have announced they will not compete in Tokyo this summer, while the Australians have told their athletes to prepare for a postponement to the summer of 2021.

Team USA said it had surveyed its athletes with nearly 93 per cent of the 1,780 respondents preferring to see the Games postponed rather than outright cancelled, while 68 per cent said the event could not be fairly competed if continued as scheduled.

The Prime Minister’s spokesperson said: “Athletes are facing significant uncertainty in the current environment. Their health and safety, alongside that of sports fans and officials due to work at the Games, must be absolutely paramount.

“We want the International Olympic Committee to make a definitive decision soon to bring clarity to all of those involved.”

Elsewhere, Formula One boss Chase Carey is planning a revised season of 15 to 18 races when the sport resumes. The Azerbaijan Grand Prix, which had been due to take place on June 7, was postponed on Monday, the eighth race to be affected so far.

And UEFA has officially postponed the men’s and women’s Champions League finals and the Europa League final, which were all due to take place in May. No decision has been made on rearranged dates.