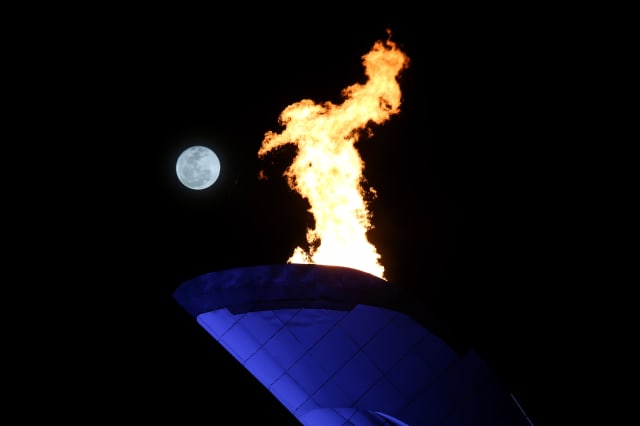 International Olympic Committee president Thomas Bach hopes the postponement of the Tokyo 2020 Games to next year can eventually help lead the world out of a “dark tunnel” following the coronavirus pandemic.

On Tuesday, the IOC, Tokyo 2020 organisers and the Japanese government finally bowed to the inevitable as it was confirmed that the Olympics and Paralympics will now be held in 2021, in the summertime of that year at the latest.

Speculation has shrouded the viability of the 2020 Games since the initial Covid-19 outbreak in China at the turn of the year – with the pressure from national Olympic committees and international sports federations to postpone having mounted on a daily basis.

IOC president Bach stressed the rapid spread of the coronavirus and the impact on health around the globe meant the only way to “safeguard the athletes and everybody involved in the Olympic Games” and to help with containment, a postponement was agreed.

A postponement rather than cancellation means the cost implications for the IOC and the local organisers will be significant, but manageable, as broadcasters and sponsors instead gear up for what they hope will be a party at the end of the struggles in 2021.

“We will all be able to celebrate the Olympic Games Tokyo 2020, even if it is only in 2021. You can be sure you can make your Olympic dream coming true,” Bach said in a video on the IOC website.

“There is a lot of uncertainty remaining for the entire humanity. We all are together in a very dark tunnel, we do not know how long this tunnel is and we do not know what is happening tomorrow.

“But we want this Olympic flame to be a light at the end of the tunnel. This is why we will work hard now to undertake this extremely challenging task of postponing the Games and of organising a postponed Games, which never happened before.

“We have no blueprint for this and it will need the effort of everyone and the contribution of all to make this happen because the Olympics is the most complex event on this planet.

“We want to provide you with the best conditions and the most safe environment for the Games.

“Give us a bit of time to study all of these questions and to put this huge jigsaw puzzle together, then to have finally a successful Olympic Games in Tokyo 2020.

“Imagine what this could mean for all of us – these Olympic Games could then finally be the celebration of humanity after having overcome the unprecedented crisis of the coronavirus.

“It could be a true celebration of all of us, a true demonstration of the Olympic spirit, what unites us all and where we have our full commitment behind.”

Finding a way to move the greatest sporting show on Earth from its planned schedule, though, will be no easy ride.

“I cannot promise ideal solutions, but I can promise that we do everything to have the best possible Games for everybody – and of course first and foremost of you the athletes,” Bach said.

“Then hopefully we can see each other together in Tokyo in ’21 to celebrate a successful Olympic Games together with all humanity and look to a brighter future for all of us.”

“We have incredible sympathy for the Tokyo 2020 organising committee and indeed our colleagues at the IOC, who are working tirelessly to seek a positive outcome to this difficult scenario,” he said.

UK Sport chief executive Sally Munday said: “We also realise that today’s decision has significant financial implications for our high performance system and we are working hard to identify the wide-ranging impacts and scenarios and are in close contact with government to establish how best to support our summer Olympic and Paralympic sports and athletes to be ready for the Games when they do take place.”

Elsewhere on Tuesday, this season’s European Champions Cup and Challenge Cup semi-finals and finals were postponed.

British Athletics confirmed the suspension of all athletics activity within the UK had been extended to May 31.

Premier League Darts announced that three more nights of action – in Manchester, Berlin and Birmingham – have been postponed.

The McLaren staff quarantined in Australia are set to arrive back home within the next 48 hours.

Sixteen members of the British team spent a fortnight in self-isolation in Melbourne after one of their colleagues contracted coronavirus.

The Rugby Football League, meanwhile, confirmed there will be no resumption of fixtures in the foreseeable future, having imposed a three-week shutdown from March 16 as a result of the coronavirus pandemic.