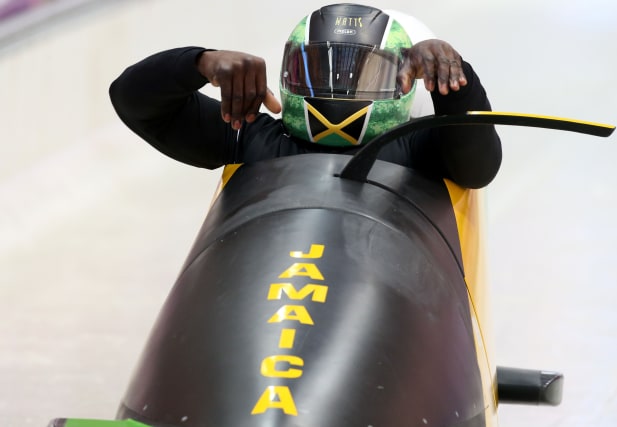 Based loosely on the true story of the Jamaican bobsleigh team’s exploits at the 1988 Winter Olympics in Calgary, ‘Cool Runnings’ offers a comedic interpretation of the team’s rise from aborted track careers and their wholly improbable pursuit of representing Jamaica at a Winter Games for the first time. It’s the kind of tale that even Hollywood would probably have passed over as too outlandish but for one simple fact: for the most part, it actually happened.

John Candy is excellent as Irv Blitzer, a brilliant but disgraced former Olympic bobsleigh coach whom the team must coax out of retirement in order to facilitate their plans. Blitzer, it must be said, is a wholly fictional character. Peter Outerbridge also stars as the wonderfully stereotypical Josef Grull, the ice-cold East German team leader who mocks the Jamaican team’s ambitions. Cuba Gooding Jnr. was originally slated for a role as one of the four bobsledders but they eventually went to Leon Robinson, Doug E. Doug, Rawle D. Lewis and Malik Yoba.

Despite various liberties with the plot, it is the underlying truthfulness of the enterprise which makes ‘Cool Runnings’ such a great sports movie. The Jamaicans really did fashion a team from nothing to compete in 1988 – and their legacy lives on, with a Jamaican bobsleigh now a frequent and unsurprising element of World Cup start lists. Like a bobsleigh run itself, we all know where ‘Cool Runnings’ is going to end up, but that doesn’t make it any less of a candidate for repeated viewing.