Review needed into how football finances are shared – Morecambe co-chairman 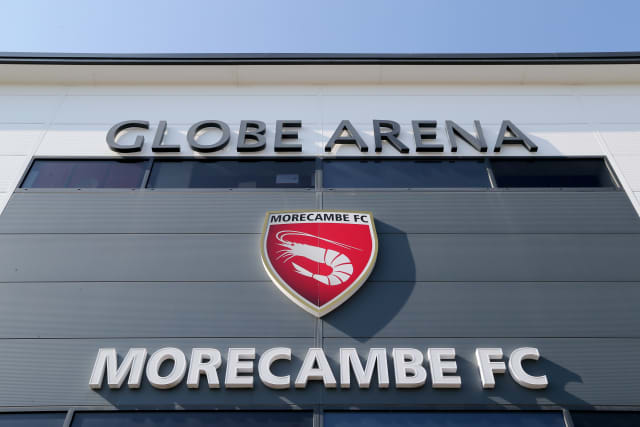 Morecambe co-chairman Rod Taylor hopes the coronavirus crisis will act as the catalyst for a long-awaited rethink of the way English football operates.

It is 11 days since the EFL made its joint statement with the Premier League and Football Association about the suspension of the professional game due to the Covid-19 pandemic.

Initial plans to return in early April have already been scrapped and few expect to see any action next month due to the ever-evolving coronavirus situation gripping the country.

Morecambe, who sit 23rd in League Two, are among those trying to keep their head above these current choppy waters and the club’s co-chairman believes the period is highlighting issues that have been bubbling under the surface.

“It’s not easy, is it?” Taylor told the PA news agency. “Should football be prioritised over everything else that’s going on? The economy’s going to take a while to recover.

“I think there might be ultimately a rethink. Alright, the Premiership earns the money – let’s be clear, let’s not delude ourselves on that – but I don’t think that money is shared out as it should be.

“I think a lot of it just goes into massively inflated wages at the highest level. But also, as you go down the leagues, it’s certainly possible that wages are inflated there as well.

“Forget the present health scare, put that to one side for a minute, I think football needs a review anyway.

“There’s a whole host of things that does need a review because that money won’t go on forevermore and it can’t just keep going into players’ and agents’ pockets.

“We can’t play football without players, but we need to look at the way we manage the game in total.”

Taylor’s words come at a challenging time for football clubs across the land.

The EFL last week announced a £50million short-term relief package to assist clubs during this crisis and the government announced initiatives that could help soften the blow, but there is no hiding the impact of a lack of football at clubs like Morecambe.

“Football income has dried up,” Taylor said. “That’s gone at the moment. We’ve nine games to play, there’s nothing coming in at all, because we’re not playing those games.

“Commercial income is drying up rapidly. Events have been cancelled. We’ve other things planned that will probably, because of the size, be cancelled, so funds that were in the cash flow there will just go out the window.

“Whether the Football League funds are going to be enough, I think again it’s something we’ll have to be analysed week on week.

“Footballers’ contracts are bulletproof. They are absolutely watertight. There’s no way we can just say to them, we’re laying you off, go to the job centre. It doesn’t work like that.

“But we’ve also got a myriad of other staff as well, who we’ve got to look after. We’ve got some really loyal staff and at Morecambe over the past three years – not in the past 18 months or so but prior to that – they went through some tough times.

“We had to keep morale up then and now they’re worried about, you know, if we don’t meet our wage commitments, how are they going to pay the mortgage?

“I’m not saying that’s a reality right this minute, but a couple of months down the line if there’s no money coming in what do you do?”

Taylor is trying to stay upbeat and act as an adaptable leader across his businesses.

Not only the co-chairman of Morecambe, he also runs the Morecambe Hotel and three care homes in the area.

“You cannot see an end to this at the moment and football’s only one minor part of the whole issue that the country and world is dealing with right now,” he added.

“We’re in unprecedented times and uncharted waters. It’s a moving thing on a daily basis and all you can do is as much good practice as you can implement and watch the news on an almost hourly basis.”