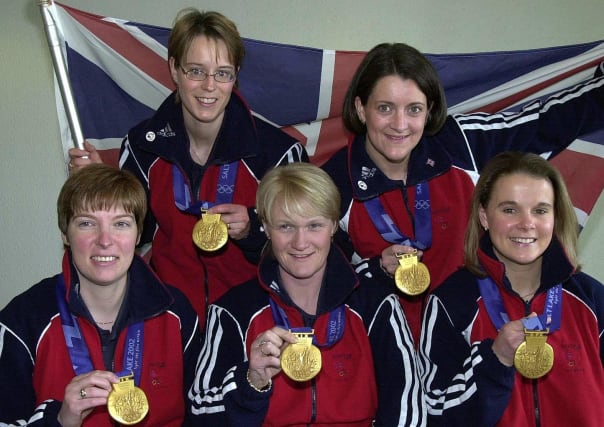 Rhona Martin slid the final stone of the 2002 Winter Olympics curling final 150 feet down the Ogden Arena ice sheet – and into the hearts of a nation.

Great Britain’s gold medal success in Salt Lake City represented their first at a Winter Games since Torvill and Dean 18 years earlier and represented a remarkable turnaround in fortunes for Martin’s team.

Return to the Games

Curling had returned to the official Olympics roster after a 78-year absence in 1998, and its unusual repetition of sliding and sweeping soon sparked global interest.

Martin and her team-mates Debbie Knox, Fiona MacDonald and Janice Rankin had finished fourth at the previous World Championship, but were considered outside hopes for a medal when they headed to Salt Lake City.

Nothing about the round-robin phases hinted at the drama that was to come. Martin’s team were swept aside after eight ends by all-conquering favourites Canada, and Martin insisted: “We’re out – we’re dead” after defeat to Germany in their final group game.

However, Switzerland’s win over the Germans, followed by victories in two consecutive play-off matches, remarkably allowed Martin’s team to scrape into the semi-finals, where they stunned the Canadians with an extra-end win to reach the Olympic final.

The Stone of Destiny

A tense final against the fancied Swiss team fell to the final stone of the final end. Martin delivered it nervelessly, nudging away the Swiss stone and nestling for the point that secured Great Britain an improbable Olympic gold.

Over two million had stayed up after midnight to watch the conclusion of the final, and the team was hailed by prime minister Tony Blair. “We’re just housewives from Ayrshire,” grinned Martin, as the team returned home to rapturous acclaim.

Great Britain is yet to repeat Martin’s astonishing feat from 2002, but the sport is now firmly embedded in the British psyche and prompts a rush of interest as each new Winter Games approaches.

Martin, now retired as a player, has served in numerous coaching capacities for both Scotland and Great Britain, and occasionally commentates for the BBC. The ‘Stone of Destiny’ reminds foremost in the minds of all who meet her.