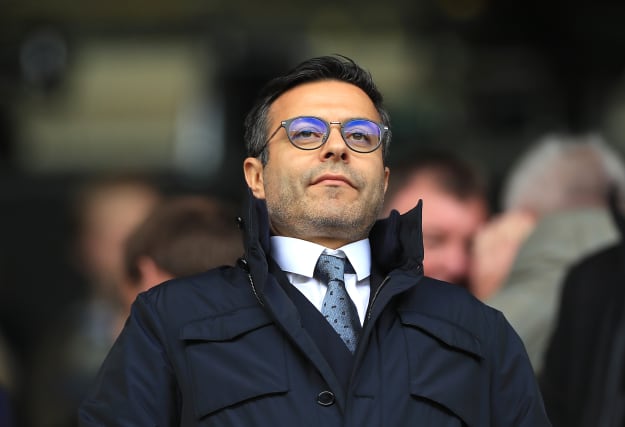 Leeds owner Andrea Radrizzani feels the impact of the coronavirus pandemic will prove an economic “disaster” for the Sky Bet Championship club – but remains hopeful of securing promotion to the Premier League on the pitch.

The professional game in England remains suspended due to the escalating Covid-19 situation.

No games will take place until at least April 30 and Premier League clubs are set to meet next week to discuss the situation further.

When the season was halted, Leeds sat a point clear of West Brom at the top of the Championship and seven clear of third-placed Fulham with six matches left to play.

It remains to be seen what solution will be decided for promotion and relegation, with Euro 2020 having already been put back until next year to help allow for any extension to the campaign when it is deemed safe to resume.

Radrizzani accepts the global crisis of the coronavirus will have wide-ranging implications off the field but hopes a positive resolution can be found.

In a live interview with Italian journalist Gianluca Di Marzio, the Leeds owner reflected on the implications of an unexpected sudden loss of revenue brought about by the pandemic.

“A disaster unfortunately (for the economic implications of world football)” Radrizzani said.

“To be competitive, a club like ours loses £8million to £10m every year and nobody wants to keep a business that loses money every year.

“This situation aggravates the budget. Not having five home games, we will lose about £2.5m, which are the only source of revenues since such figures do not come from TV rights.

“This epidemic aggravates this situation, which is already normally complicated.”

Asked if there could be a salary cut at the club, Radrizzani replied: “Our management is carrying out two conversations, one with the federation and another with our players.”

Radrizzani, though, accepts there is a bigger picture at the moment.

“Health comes first and football can wait. There is a global crisis that has affected everyone, even mentally,” he said. “The priority is to restore balance and normality in everyday life.”

Radrizzani remains optimistic a positive outcome to the campaign can be found on the pitch, with suggestions football could try to kick-off again in early June – albeit behind closed doors.

“What happens with the end of the Championship? There is a lot of confusion and more rumours in the media than on the official level,” he said.

“The will is to play, even if you don’t know when or whether behind closed or open doors.

“I hope so because I would like to decide the promotion on the field but I am confident that there will be a correct solution.”

Radrizzani revealed manager Marcelo Bielsa remains in England and had not as yet requested to return home to Argentina.

“We will talk in the next few days,” the Leeds owner said.

“I will leave him the freedom to decide whether to stay or go to the family.”