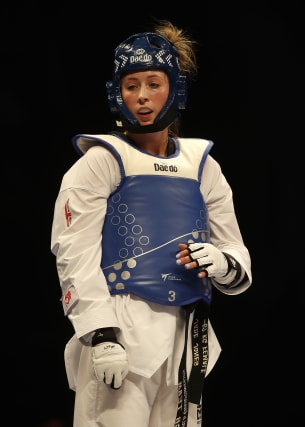 Double Olympic champion Jade Jones has warned of the psychological burden facing elite athletes after confirmation that the Tokyo 2020 Olympic and Paralympic Games have been postponed.

The 27-year-old taekwondo star spoke of her “devastation” at hearing the news, whilst acknowledging it is the only possible course of action due to the continued spread of coronavirus.

Jones, who has admitted struggling with motivational issues in the past, told the PA news agency: “I’m truly gutted – you give your heart and soul to something for four years then for it not to go ahead is just horrible.

“Obviously health comes first, and my biggest priority right now is protecting my family and my loved ones, and doing everything I can do help save the lives of others.

“But as an elite athlete, it is very demotivating and mentally tough.

“I’m a very positive person but the idea, right now, of having to devote myself to another year’s slog is a very difficult one.”

Jones has been self-isolating along with her best friend and fellow taekwondo world champion star Bianca Walkden in their shared house in Manchester and they have converted their garage into a makeshift training facility.

“We’ve been making the best of a bad situation,” Jones added. “At least this means we can sit back and chill for a little while, and we don’t have to train like psychos and do stupid stuff in our house.”

Former Olympic long jump champion Greg Rutherford said a failure to delay the Tokyo Games would have been unfair on athletes who have had their training regimes significantly disrupted.

Rutherford wrote on his Instagram account: “Everyone deserves the right to fight for their place on the podium and with the situation the current crop of athletes were facing, it wouldn’t have been fair to host the Olympics this year.

“For anyone. Covid-19 was always a bigger dilemma than one existing within the bubble of sport and while I understand the importance of an athlete’s preparation and calendar restrictions more than anyone, the sensible and safe decision was always to postpone and face the challenges that comes with it.

“In all honesty, I think it should have been sanctioned sooner.”

GB rower John Collins, who finished fifth in the men’s double sculls at Rio 2016, told the PA news agency: “The Olympics is everything we aim for so we’re all pretty devastated – but we completely understand that this needed to happen.”

World Rugby backed the decision to postpone the Games, calling it a “prudent and necessary decision”, and adding: “The health and safety of the athletes, fans, and everyone involved is our shared priority and responsibility and we believe the right decision has been taken in these very difficult and unprecedented circumstances.”

FA director of women’s football Sue Campbell said in a statement: “The health of everyone – players, staff and supporters – is our foremost concern and our international sporting calendar must respect and respond to that priority above all else.

“We are therefore fully supportive of the IOC’s decision to postpone the Olympic Games.”

The International Golf Federation said it supported the decision given the “exceptional environment and the challenges that we are all confronting”.

British sprinter James Ellington agreed as he wrote on Instagram: “In this crazy time for the people of the world, the most important thing is to stay safe, before ANY event.

“Guess my Olympic return will have to wait until next year.

“Gotta roll with the punches, plus it gives me extra time to get my body right. Always try to take the positives out of any situation. Be safe people.”