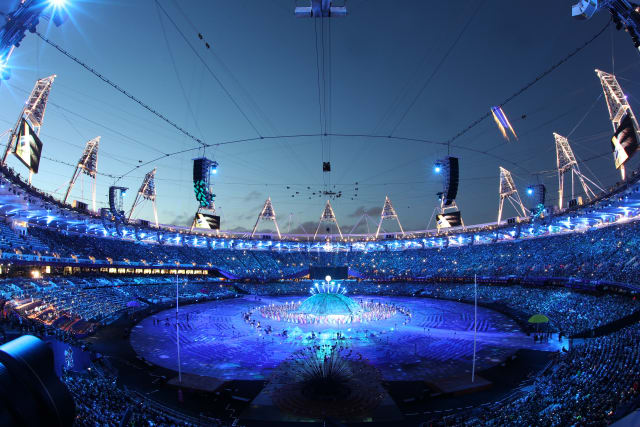 A delayed Tokyo Olympics could be “the ultimate celebration of the world coming together” after the catastrophic impact of the coronavirus pandemic, according to those who have worked on Games marketing and delivery.

The travails of the International Olympic Committee and the Tokyo 2020 organisers in this matter could on the face of it deter future Games bidders, with both having faced criticism in the time it has taken to reach this point.

But with the Games rescheduled to take place no later than summer 2021, there is the hope that it could be a celebration the world is ready for.

“I may be a bit of a lone voice at the moment but I hope I’m proved right, the Tokyo Olympic Games will eventually be the greatest Olympic Games ever,” Michael Payne, the former head of commercial at the IOC, told the PA news agency.

“It’s the ultimate celebration of the world coming together, that’s what the Olympics has always represented.

“The world is going to be looking for a celebration to move on from this difficult time, and I think the audiences and the Olympic brand will come through even stronger.”

The bidding landscape had changed in recent years anyway, with less of an emphasis on major infrastructure projects. Los Angeles’ successful bid for the 2028 Games, for example, will entirely use pre-existing venues rather than anything being purpose-built.

Sujit Jasani, the director of Vero Communications which worked with Paris on its successful bid for the 2024 Games, told PA: “There’s less of a formal bidding arms race and there’s more flexibility in the bidding process, where cities can consult over the nature of the Games that they wish to host.

“Those conversations, even for something that is way into the future, for 2032, which are the next Games to be decided, there is already ongoing dialogue with a number of cities that were interested to host.

“So the future looks fairly robust and healthy for the IOC from that point of view, you had cities like Brisbane and Jakarta looking to come forward with an offer to host the Games and I’m sure that will still be there.

“Further down the line for 2032, there will be a moment when this crisis is over that it could be a great cause for celebration of what the world went through together.

“Very few major crises actually impact the entire planet – this is sadly one of them – but in that spirit I think you’ll see the global community coming together for something that heals and brings some joy in the years to come.”

Jasani admits though that in a post-pandemic world, there may be reluctance to engage with such an undertaking.

“These conversations even for as late as 2032 should start in the next few years, and then I think they face a challenge,” he said.

“Clearly the world is going to be very different after this crisis. I think it will be a very low priority for a number of countries and cities to launch a sporting celebration.

“The point is how appropriate will it be to say to your constituencies, your electorate: ‘We’re going to invest a lot of money to try to win these Games and stage them,’ when clearly there’s a lot of money being spent on public services across the world.

“It’ll take a strong city and nation to put forward that proposal. I would not expect a competitive race, not an arms race, but a consultation process to find a city that it would work for, and in line with what the IOC and the Olympics can do for the world.”