Athletes urged not to bottle up frustrations over likely Olympics postponement 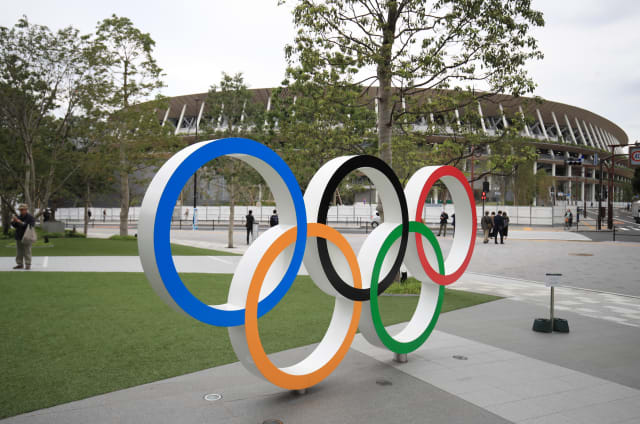 Leading performance coach Jeremy Lazarus has urged Olympic hopefuls to let go of their frustrations over any delay to the Tokyo Games.

This summer’s global showpiece, due to get under way in Japan on July 24, is expected to be postponed due to the coronavirus pandemic.

International Olympic Committee member Dick Pound has said a decision has already been made after the IOC came under increasing pressure from World Athletics and individual associations to put the event on hold.

Any postponement would put the brakes on gold medal dreams for the likes of Dina Asher-Smith and Katarina Johnson-Thompson but Lazarus, who has worked with Premier League players and Olympians, insisted athletes cannot bottle up any anger.

“It’s healthy to let it out and it’s unhealthy to keep it in,” he said.

“If you can’t physically go and do stuff, at least have someone who you can moan at – ideally not your partner or your kids. Don’t take it out on the loved ones.

“Have someone who you can moan and groan to briefly and then get on with it.

“The analogy I’ve used before is you have to get the dirty water out of the glass so clean water can come back into it.

“Anyone, if they bottle things up, it will have an impact somewhere. If you have lots of anger in your head it’s going to impact on your body.

“There could be health consequences of not letting it out in a healthy way and it may come out in ways they don’t want it to.

“They could get back to training and be so hyped up they train to hard and injure themselves.”

Canada and Australia have already said they will not send teams to Japan this summer and the event is expected to be pushed back until 2021, putting the athletics calendar into chaos.

The World Championships is due to be held in Oregon in August – although World Athletics has said it is willing to postpone it – while the World Indoors in China has already be pencilled in for March 2021 after being called off this year.

“It’s not what happens to you, it’s how you deal with it,” said Lazarus, author of the book ‘Ahead of the Game: How to Use Your Mind to Win in Sport’.

“You have to control the controllables. It’s going to be the same for everyone so to play ‘Ain’t it awful and poor me?’ is pointless.

“They have to channel that energy. They can practice elements of their technique.

“If they have got that mentality to succeed in sport, they can succeed in other aspects of life.

“But they have to get some perspective. People are dying and they have to realise they are fit, healthy and young.”