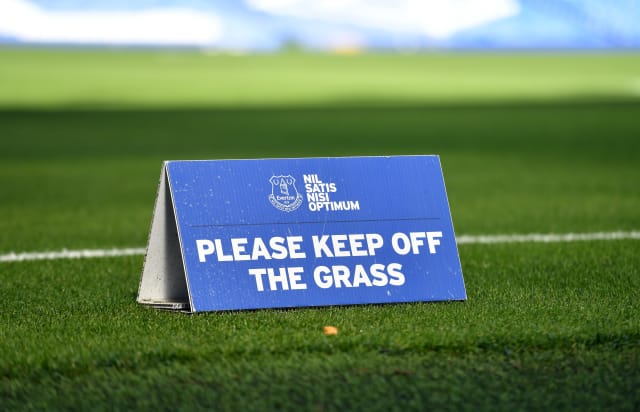 The football calendar has been decimated as the world looks to deal with the coronavirus crisis.

– UEFA postponed Euro 2020 until the summer of 2021, with June 11 to July 11 of next year proposed. The official announcement from European football’s governing body also confirmed that the Euro 2020 play-offs, due to be played later this month, will now take place in the June 2020 international break.

– The 2021 Nations League finals, UEFA Under-21 European Championship and the Women’s Euro 2021 have been postponed.

– The Premier League, EFL and Football Association announced that professional football in England would not resume until April 30 at the earliest, but the season would be extended indefinitely.

– All Scottish football was suspended with immediate effect, with the Scottish Football Association confirming it would not resume until April 30 at the earliest.

– The Football Association of Wales suspended all domestic football until April 30 and indefinitely extended the season for all national leagues, national cup competitions and the FAW Futsal League.

– The Women’s Super League and FA Women’s Championship were also postponed by the FA.

– UEFA announced all Champions League and Europa League fixtures scheduled for the week commencing March 16 were postponed, as well as the quarter-final draws for both competitions.

– The Vanarama National League suspended all fixtures until at least April 3 on March 16.

– LaLiga was suspended until the Spanish government decides it is safe to play again.

– All domestic sporting action in Italy – including Serie A matches – was suspended until April 3.

– Ligue 1 and Ligue 2, the top two divisions in France, were suspended until further notice.

– The German Football League suspended games in the Bundesliga and 2. Bundesliga until at least April 3, with a review to be undertaken on March 30.

– The South American (CONMEBOL) World Cup qualifiers scheduled for March 23-31 were postponed to a later date.

– The Scottish Professional Football League postponed all games ‘pending any government order and/or further direction from the Scottish FA’.

– CONMEBOL confirmed that the Copa Libertadores and Copa Sudamericana would be suspended until at least May 5.

– Major League Soccer announced an extension to its postponement of matches, confirming a target date of May 10 for a return to action

No elite level events have been entirely cancelled yet, but some friendly matches, like England’s clashes against Italy and Denmark slated for this month, have been scrapped.

The A-League played on behind closed doors over the weekend, but Australia’s top division looks set for an imminent suspension. James Johnson, the league’s chief executive, will make a “significant announcement regarding the conduct of the Hyundai A-League 2019/20 season” at a press conference on Tuesday.

That is the hope, with the Premier League and EFL among those to have outlined their determination to complete the 2019/20 season. There is an acceptance that may only be achieved in front of empty stands, with Southampton chief executive Martin Semmens saying the top flight could resume before Covid-19 restrictions are lifted.

This is going to be a challenging period for clubs, especially those down the football pyramid. The EFL last week announced a £50million short-term relief package to assist clubs during crisis, but that may not prove enough given the cashflow has all but stopped. The longer this enforced break goes on, the more players’ fitness upon resumption becomes an issue.