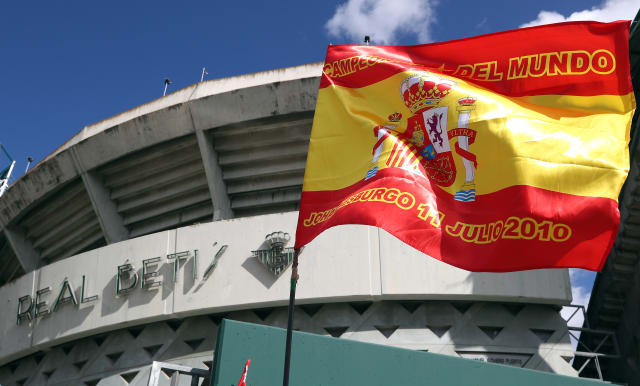 Spanish football chiefs have announced an indefinite suspension of the game as the nation continues its battle against the coronavirus pandemic.

LaLiga and the Spanish football federation (RFEF) issued a joint statement on Monday confirming the league programme would only resume once the government and health bodies were satisfied there was no longer a risk to public health.

The statement said: “The Monitoring Commission established by the current RFEF-LaLiga Coordination Agreement agrees the suspension of professional football competitions until the authorities of the Government of Spain and the General Administration of the State consider that they can be resumed without creating any health risk.

“Both the RFEF and LaLiga wish to express our greatest public gratitude to all those who are dedicating their best efforts to provide essential services to the Spanish people and also share our condolences for all the deceased and a warm embrace from the world of soccer to the many families that are losing loved ones.”

All matches in the Spanish top flight were postponed for at least two weeks on March 12 after Real Madrid put its entire squad into quarantine following a positive diagnosis for one of the club’s basketball players.

The initial plan was to review the decision after the two rounds of postponed fixtures had passed, and there were suggestions last week that May 3 had been pencilled in as a possible return date.