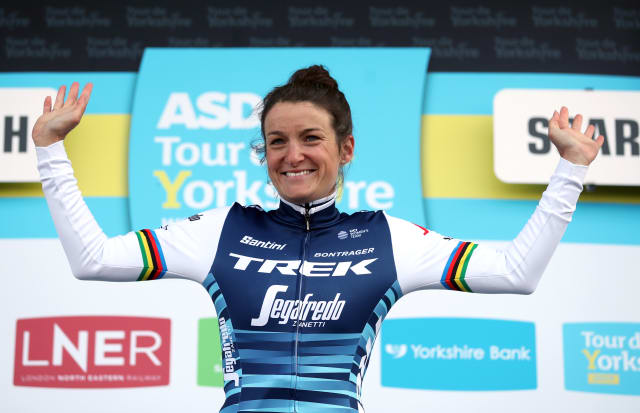 Lizzie Deignan said she has already resigned herself to the fact Tokyo 2020 will be postponed due to the coronavirus pandemic even as the International Olympic Committee delays making a decision.

The governing body caused controversy last week when it said it was “fully committed” to staging the Games on schedule and urged athletes to prepare “as best they can”.

On Sunday, the IOC stepped back from that position and said it would spend the next four weeks considering contingency scenarios, with a number of nations now saying they will not send a team to a Games staged this year.

Deignan, the 2015 world champion, had made Tokyo a major target for her season but watched the scale of the crisis grow in continental Europe from her training base in Monaco before returning home to Yorkshire 10 days ago.

“For me, it’s obvious the Olympic Games won’t be on,” Deignan told the PA news agency. “It’s a weird thing to say out loud, but I don’t see how it could go ahead.

“I would expect it would be postponed for a year, but I’ve no idea what that coincides with. I’m in my small cycling bubble and we can accommodate an Olympic Games in any season but there might be other championships in other sports on next summer.

“But it seems logical for me it would be a year rather than a couple of months.”

Deignan, a 2012 road race silver medallist, said it would be better for everybody involved if the IOC made a quick decision.

“Definitely,” the Trek-Segafredo rider said. “But in my situation I feel like I’m already focused on the fact there’s a bigger challenge ahead.

“I think it depends on the exposure you’ve had different environments. Given where we were it was clear to me what was always going to happen whereas in the UK I’ve got friends and family who are just starting to catch on to the fact this is a serious situation.”

However, Deignan declined to criticise the IOC for their handling of the issue so far.

“I can understand there’s so much at stake for everybody involved, beyond what I could imagine in terms of the scale of the organisation and the far-reaching impact it will have have,” she said.

“I can understand hanging on to the idea of it happening but it’s an unprecedented time and nobody knows how to react to it.

“Nobody has done this before and I can understand why they’re hoping to have it.”