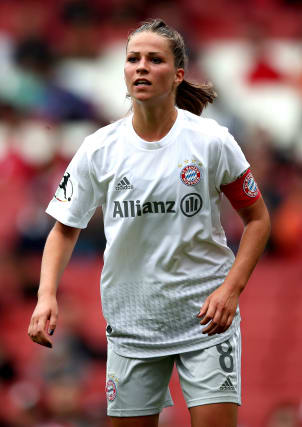 The 25-year-old has agreed pre-contract terms on a three-year deal and will link up with Emma Hayes’ squad ahead of next season.

Leupolz, a European Champion and Olympic gold medal winner with Germany, told Chelsea’s website: “It’s a really big move, it’s my first move to another country and I’m really looking forward to it.

“I believe in what Chelsea are doing as a club and I am excited to be a part of that. They want to win titles, and so do I.

“I also like the style of football they play. I have seen a lot of their matches and I think it’s the right club for me.”