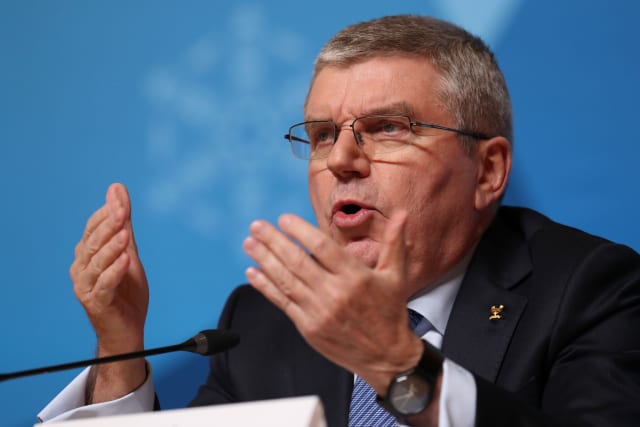 Boris Johnson’s official spokesperson has urged the International Olympic Committee to make a “definitive decision” on postponing this summer’s Games in Tokyo.

The IOC said on Sunday night it was now looking at contingency scenarios to tackle the coronavirus pandemic, which included postponing the event, but that it would take up to four weeks to make a final decision.

That approach has been widely criticised, with the Canadian Olympic and Paralympic committees already announcing they will not send teams to Tokyo.

The British Government has now spoken out on the matter and wants the IOC to act decisively as a matter of urgency to give clarity to competitors.

“Their health and safety, alongside that of sports fans and officials due to work at the Games must be absolutely paramount.

A leading figure on the British Olympic Association’s athletes’ commission has described IOC president Thomas Bach as arrogant and stubborn over its approach to the pandemic.

Callum Skinner, a 2016 Olympic cycling champion, was scathing about Bach in a social media post on Monday morning.

UK Sport, the BOA and the British Paralympic Association will hold a conference call with chief executives and performance directors of the summer Olympic and Paralympic sports on Tuesday to discuss the impact the Covid-19 on the ability of competitors to train.

GB Taekwondo announced on Monday it had suspended all centralised elite training and was closing the national base in Manchester until further notice.

Canadian officials have said they will not send athletes to the Tokyo Games and have “urgently” called for the event to be postponed until 2021.