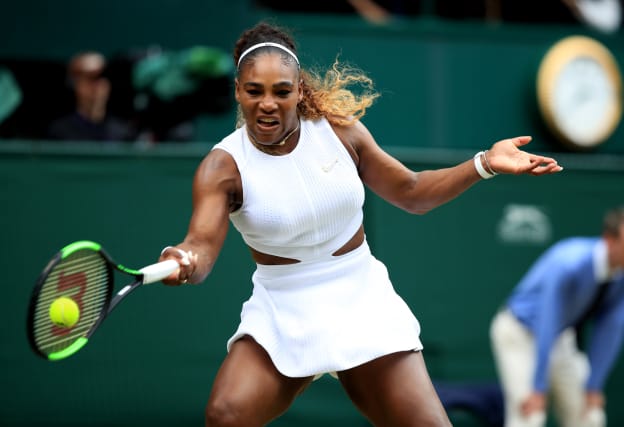 On Mother’s Day, the PA news agency takes a look at five women who have had sporting success after taking time out to have children.

With 23 Grand Slam singles titles to her name, Serena Williams has more than any other man or woman and held the number one world ranking for a joint-record of 186 consecutive weeks.

Williams gave birth to daughter Alexis Olympia Ohanian Jr in 2017 and returned to Grand Slam tennis in time for the 2018 French Open. She reached the final of Wimbledon the same year but had to wait until 2020 to win her first title since her maternity leave.

At the 2019 World Championships, Shelly-Ann Fraser-Pryce became only the second mother to win 100m gold at a global championship and the only sprinter to take the title more than four times.

Since 2008, Fraser-Pryce has claimed four out of the five World Championship 100m titles she has raced in, and two Olympic gold medals.

Clijsters was ranked world number one in both singles and doubles – the first Belgian to reach the ranking – and won six Grand Slams – four singles and two doubles.

Clijsters initially retired from tennis in 2007 aged 23, but returned to the sport two years later after having her daughter – Jada Elly Lynch – and along with Margaret Court, holds the record for most Grand Slam singles titles won as a mother.

Having already recovered her career after a broken foot in 2008 which forced her to miss the Beijing Olympics, Jessica Ennis-Hill secured a memorable gold medal at the 2012 Olympics in London.

In 2014 she gave birth to Olivia but returned to athletics the following year, winning the heptathlon world title and claiming a silver medal in Rio before announcing her retirement.

Sarah Storey has 14 Paralympic gold medals and is the most successful female British Paralympian of all time.

She won four gold medals at London 2012 and gave birth to daughter Louisa Marie in 2013, before returning to the sport the following year to make it 12 World Championships along with three gold medals at Rio 2016.