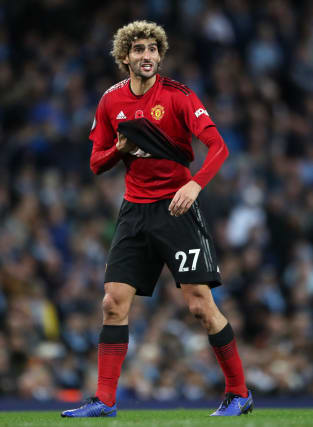 Chinese media is reporting that the 32-year-old is in isolation at Jinan hospital, which specialises in infectious diseases.

Fellaini, who spent 11 seasons in England with United and Everton, recently returned to the country after a spell in Dubai following the outbreak of Covid-19.

"The official test confirmed that the player Fellaini has tested positive for the coronavirus during the quarantine observation period," the club said in a statement.

"During this period, the player's body temperature has been normal and there are no other discomforts. He has received further observation and treatment at a designated medical institution."