Global Athlete calls for the Tokyo Olympics to be postponed 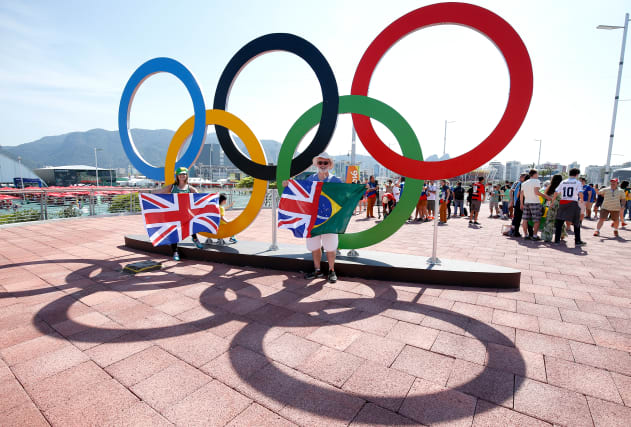 Global Athlete has added its voice to those calling for the Tokyo Olympics to be postponed this summer due to the coronavirus outbreak.

The IOC sparked controversy earlier this week by insisting it remains “fully committed” to the planned start date of July 24 despite the pandemic having brought sporting events around the globe to a standstill in the past couple of weeks.

Athletes from several sports have criticised the IOC’s advice that they continue to prepare for the Games “as best they can” given the huge disruption already caused.

Now Global Athlete, an athlete-led movement, has joined the likes of US Track and Field and the Spanish Football Federation in saying the Games should be delayed.

A statement said: “Athletes want to be part of a solution to ensure the Games are a success but under the current global restrictions that are limiting public gatherings as well as closing training facilities and borders, athletes do not have the ability to appropriately prepare for these Games and their health and safety must come first.

“Sport has a duty of care to protect their athletes. Public health must be a priority over sporting event.

On Saturday, US Track and Field sent an email calling for the US Olympic and Paralympic Committee to make representations about delaying the Games as the “right and responsible thing to do” in the circumstances.

USA Swimming, meanwhile, had already asked the USOPC to push for a one-year postponement as the impact of the lockdown began to hit home.

The Spanish Football Federation also called for this summer’s Olympics to be postponed.

Tim Hollingsworth, chief executive of Sport England, steered clear of the debate but said: “I’m delighted that’s not my decision.

“It’s an incredibly hard call in terms of the scale of those two events (Olympics and Paralpympics) against the reality of the situation we find ourselves in.”

But Hollingsworth did praise the way that UK governing bodies had responded.

“I speak to the leaders of the governing bodies, every single one of them is making the absolutely correct difficult decision,” said Hollingsworth.

“In the normal course of life these events would be a high point in the calendar, in reality against the situation we have all got to take a completely different view.

Former Leeds chairman Massimo Cellino has called for the Serie A season to be cancelled due to “the plague” of coronavirus.

Italy is in lockdown, with more than 4,800 people having died there so far during the Covid-19 pandemic.

Cellino, who owns Italian club Bresica, told the Corriere dello Sport newspaper: “Everything has to be moved to the next season. It is time for realism, gentlemen. This is the plague.

Liverpool stewards are volunteering to help with crowd control and assisting the elderly with their shopping at supermarkets, the club’s chief executive Peter Moore has said.

“Message to supermarket managers here on Merseyside. Our stadium stewards here at LFC are offering their time and expertise in volunteering to help with crowd control, queue management, parking control, assisting the elderly and infirm taking their groceries to their cars, etc,” Moore wrote on Twitter.

“They are truly the best in the business and would be delighted to help in whatever way you would deem appropriate (and safe) on your premises. Please DM me so that I can put you in contact. #YNWA.”

“Dear friends, I have been tested for coronavirus and my test result is positive,” Fellaini wrote on Twitter.

In Australia, the National Rugby League has vowed to continue with their season until the Australian government advises them not to.