When cricket fever took over and England finally regained the Ashes 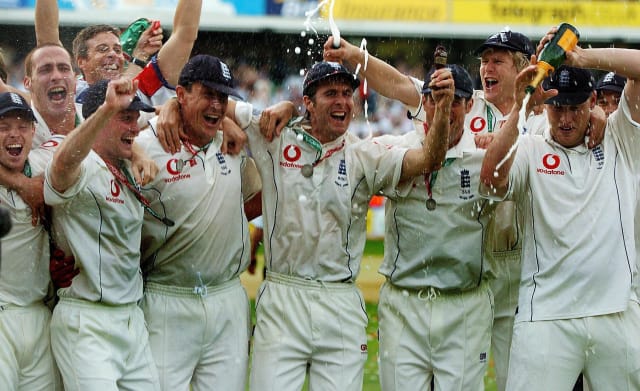 After an 18-year wait to regain the Ashes, England finally got the better of Australia in 2005 in a gripping series that has gone down as one of the best ever between the two rivals.

Here, the PA news agency looks back at how England finally got their hands back on the famous urn.

Australia were at the peak of their powers and underlined their status as the pre-eminent Test side in the world by taming the subcontinent with a historic series win in India months before their trip to England, who had not won the Ashes since 1986-87.

However, England had risen to second in the rankings under the leadership of Michael Vaughan, who refused to be intimidated by Australia’s coterie of star performers, convinced they were not invincible.

The Yorkshireman instilled that belief in his England side and a thrilling limited-overs series ensued.

Australia were humiliated in the one-off Twenty20, the NatWest Series final finished in a dramatic tie and the tourists edged the ODI series. The touchpaper was lit.

After a fall comes the rise

There was a familiar sinking feeling as old nemesis Glenn McGrath’s nine-wicket match haul inspired a comprehensive 239-run win for Australia in the opener at Lord’s.

However, the seamer was ruled out of the Edgbaston Test after rolling his ankle on a stray cricket ball minutes before the start of play and England were gifted another moment of fortune when Australia captain Ricky Ponting peculiarly asked to field first.

England took charge from that moment on and at 220 for nine chasing 282, Australia were on the brink, only for the target to be whittled down until just three more were required.

Steve Harmison and Geraint Jones then combined to remove last man Michael Kasprowicz to spark frenzied euphoria. England’s talismanic all-rounder Andrew Flintoff commiserating crestfallen not out batsman Brett Lee was one of the defining images of an intense but fairly-fought series.

England in the ascendancy

One of the finest innings from Ponting, who atoned for his mistake in Birmingham with a fourth-innings 156 at Old Trafford, was followed by Lee and a fit McGrath stubbornly repelling England’s seamers in a last-wicket rearguard that helped Australia leave Manchester with a draw.

Vaughan has said since then the scenes of joy in the away dressing room was the moment he realised England had the upper hand.

With McGrath again ruled out at Trent Bridge, Flintoff’s century and Simon Jones’ five-for in what would be, unbeknown to him, his final international outing, put England on top.

A fourth-innings chase of 129 proved anything but routine following Shane Warne’s four for 31 but lower-order pair Ashley Giles and Matthew Hoggard got the hosts over the line with three wickets to spare.

England only needed to avoid defeat at The Oval to end a run of eight consecutive series defeats against Australia.

Andrew Strauss’ second hundred of the series in England’s 373 was followed by tons for Justin Langer and the hitherto out of form Matthew Hayden but Australia collapsed from 323 for three to an underwhelming 367 all out in a final Test that was beset by rain and bad light.

England knew they had to bat out the final day, a task that seemed far-fetched after they slumped to 126 for five on the final morning.

Kevin Pietersen, whose limited-overs belligerence led to his inclusion in the Test series, had flickered without delivering a true innings of substance. That came on the final afternoon after being dropped twice – one a dolly by Warne, who finished with 12 wickets in the match and 40 in the series.

Instead of going into his shell Pietersen flayed 15 fours and seven sixes in his 158 in one of the great innings by an England batsman to ultimately seal an unforgettable series win for the hosts after a roller coaster few weeks.

There was all out celebration on the streets of London during a bus top parade for England’s heroes, most of whom seemed a little worse for wear after the previous evening’s frivolities.

All 12 players were given MBEs but the win would prove to be a watershed for the team. Jones never played for England again because of injury while Vaughan was absent 18 months later as England meekly surrendered the urn in an ignominious 5-0 whitewash defeat.

The 2005 Ashes also marked the last time live international cricket was screened on free-to-air television up until the 2019 World Cup final – the decision to take cricket behind a paywall continues to rankle many within the game.