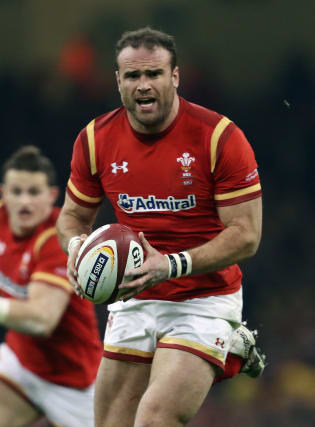 Wales rugby international Jamie Roberts has put up a frontline doctor in his Cardiff flat as part of the ongoing battle against the coronavirus pandemic.

The 33-year-old centre has remained in South Africa with professional Rugby side Stormers and usually rents out the apartment in south Wales as a holiday let.

Roberts told BBC Sport: “I managed to get an A&E doctor in there as of Friday, someone who’s working on the front line with the NHS in Cardiff.

“I had a few cancellations on Airbnb. I’ve got a flat I stay in when I’m back in Cardiff.

“There’s going to be a lot of NHS workers out there who won’t want to be going from hospital to family and putting their families at risk so they’re going to need accommodation.

“So I guess anyone out there who has property which is empty; I’m sure there are plenty with Airbnb cancellations.

“So I guess it’s about encouraging people to try and do the same as well. The NHS needs all the help it can get in these times.”

Roberts has decided to stay in South Africa despite the suspension of the domestic Rugby season, and the British and Irish Lions player admitted he does not expect the season to resume.

“I doubt we’re going to play again this season,” he added.

“The most important thing that matters is people’s health. I’m not sure what I’d be coming home to really (if he returned to Wales), and I won’t be allowed back into South Africa as the rules stand.”