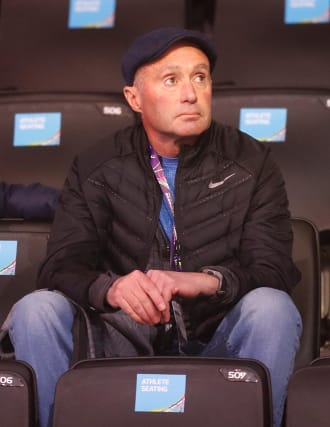 UKAD chief executive Nicole Sapstead said her organisation had only been shown an edited summary and called on UKA to give it the report “in its entirety”.

UKA hit back by insisting it was “wholly wrong and inaccurate” to suggest the organisation was “being obstructive in this matter or in any way failing in its duties”.

An independent report was published on Friday which looked at internal reviews conducted in 2015 and 2017 into the association between UKA, Sir Mo Farah, his coach Salazar and the American’s Nike Oregon Project (NOP).

The commissioning of the independent report came after the United States Anti-Doping Agency (USADA) banned Salazar for four years for anti-doping violations. He has appealed against the sanctions to the Court of Arbitration for Sport.

The 2015 review was prompted by a BBC Panorama documentary, while the second in 2017 followed the leaking of an interim USADA report on Salazar.

Farah has never failed a drugs test and is not accused of any wrongdoing.

The independent review, led by John Mehrzad QC, found UKA had taken “reasonable” decisions on Salazar, but added their implementation “could have been better”.

Sapstead on Saturday fiercely criticised UKA in a strongly-worded statement.

“Following the release of UK Athletics’ independent report yesterday, we note that UK Athletics has taken the decision to publish the executive summary of the original internal review that was conducted in 2015 by UKA’s Performance Oversight Committee (POC),” she said in the statement sent to the PA news agency.

“We have repeatedly requested that UK Athletics share this POC review with us in its entirety as there could be information included that is of interest to us.

“As the John Mehrzad QC independent review states…only an edited PowerPoint summary of this report has been shown to us.

“We remind UKA that they are bound by the National Anti-Doping Policy.

“We now call again on UKA to hand over this review in full, including the associated supporting reports and documents.”

But UKA said it had been taken aback by Sapstead’s comments and denied it was being obstructive.

A UKA spokesperson said in a statement to PA: “As recently as yesterday afternoon at 1430, UKA’s lawyers received correspondence from UKAD’s in-house legal team setting out a framework and reassurances of confidentiality to enable UKA to share documents containing sensitive information within the 2015 POC review, which UKA have been advised need specific consents.

“This was in response to a letter dated 3 March 2020 from UKA lawyers to UKAD. UKA and UKAD have been addressing this cooperatively, to enable access to relevant documents in compliance with legal duties.

“Today’s release was not mentioned in UKAD’s comprehensive letter of the previous day, nor were UKA informed by UKAD before being notified by journalists this afternoon that a release had been circulated under embargo.

“No reason was received from UKAD as to why there had been a change from 1430 yesterday to less than 24 hours later, or what that was.”

The statement concluded: “Any implication by anyone that UKA is being obstructive in this matter or in any way failing in its duties, is wholly wrong and inaccurate.”