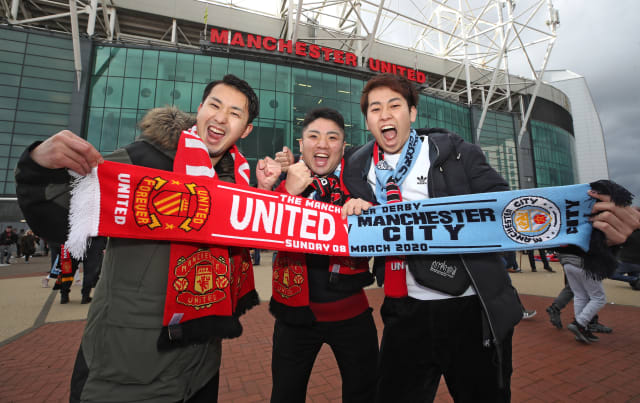 Manchester United and Manchester City have donated a combined £100,000 to help food banks in Greater Manchester.

The city rivals have joined forces to help meet increased demand from vulnerable people as a result of the coronavirus pandemic.

City and United fans’ groups usually collect supplies outside Old Trafford and the Etihad before home games, but this has been interrupted by the suspension of football.

In a joint statement, Manchester City and Manchester United said: “We are proud of the role our supporters play in helping local food banks and recognise the increased strain likely to be placed on these charities by the impact of coronavirus.

“At a time of challenge for our community, we are pleased to come together with our fans to help vulnerable members of society in a City United.”

Each club is giving £50,000 to the Trussell Trust, which supports a network of over 1,200 food bank centres, including 19 in the Greater Manchester area which will be the beneficiaries of the donation.

Meanwhile, the virus continues to wreak havoc with the sporting calendar, with the domestic cricket campaign to be revised after the season was put on hold until May 28.

With the exception of the Gallagher Premiership, rugby union in England, Scotland and Wales came to a halt on Friday, while the Betfred World Snooker Championship was postponed.

The Badminton Horse Trials and the Royal Windsor Horse Show were also cancelled.