5 of Ayrton Senna’s most memorable moments in Formula One 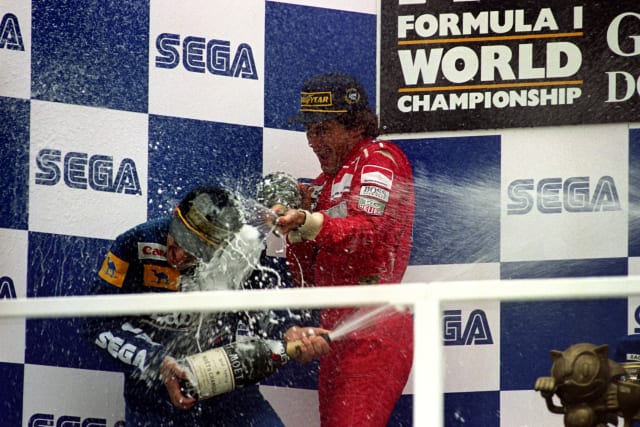 The Brazilian’s career was cut short when he died at the 1994 San Marino Grand Prix. He was aged 34.

Here, on what would have been his 60th birthday, the PA news agency looks back at five of his most memorable moments.

The race where Senna announced himself as a star. In torrid conditions on the Monte Carlo street circuit, a number of top drivers including Nigel Mansell and Niki Lauda spun out. But rookie Senna, in his under-powered Toleman, rose to the occasion, carving his way through the field, having started from 13th, before assuming second on lap 19. Leader Alain Prost gesticulated for the race to be cancelled, and – just as Senna was about to challenge the Frenchman – Prost got his wish. Senna would be denied a maiden win, but he had made his mark.

In April of the following campaign, Senna, racing in only his 16th grand prix, took pole for his new Lotus team before a remarkable drive in the wet would see him claim his first of 41 victories. Senna delivered an error-free performance that went way beyond his inexperienced years. He took the chequered flag by more than a minute, lapping the entire field up to second. He also finished two laps clear of fifth-placed Mansell.

Senna’s rivalry with Prost is probably the biggest the sport has known. Their relationship as McLaren team-mates had soured by the penultimate race of the 1989 season, and sensationally boiled over when they collided. Senna dived underneath Prost at the chicane in a bid to keep his title hopes alive. Prost knew he would be crowned champion if Senna did not finish and the pair crashed. Prost retired but Senna recovered to win, only to be disqualified after he was adjudged to have rejoined the track illegally.

One year later, and in a reverse of the previous season, Prost, now racing for Ferrari, had to win to take the title fight to the final race in Adelaide. Senna took pole but his request that it be moved on to the clean side of the track was denied. Prost claimed the lead on the dash to the right-handed opening bend before Senna deliberately rammed into the Frenchman at high speed, with both drivers ending up in the gravel and out of the race. Senna was world champion in the most controversial of circumstances.

Senna’s opening lap at a rain-soaked Donington Park is regarded as the finest in the sport’s history. The Brazilian, driving a McLaren not in the same league as the Williams that year, started fourth but he assumed the lead from Prost within a handful of corners. In the changeable conditions, Senna put on a masterful display to win by a minute and a half.