Toni Minichiello calls for Tokyo Olympics to be postponed 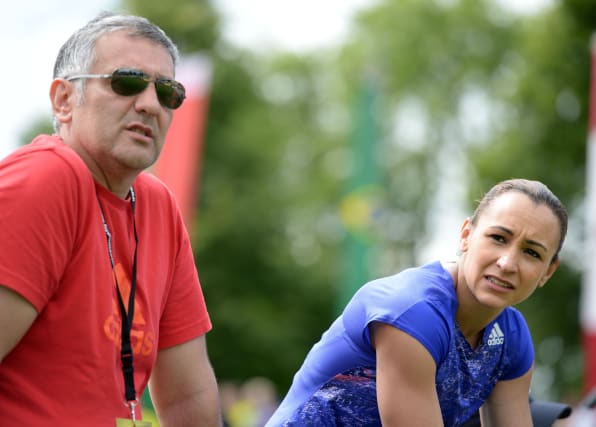 Toni Minichiello, who coached Jessica Ennis-Hill to heptathlon gold at London 2012, has called for this summer’s Olympic Games to be postponed.

Tokyo is scheduled to host the event in July and August and all indications so far have been that preparations are ongoing on that basis.

Minichiello is coaching Ireland’s Kate O’Connor as she seeks to qualify for the heptathlon and has warned that the uncertainty, combined with the postponement of events elsewhere, creates an uneven playing field for athletes.

He wrote in the Times: “This week the English Institute of Sport here in Sheffield was closed down – that’s where we use the indoor track and the weights room. Added to that, Sheffield Hallam University has shut off access to its outdoor track. It means we’re kind of stuffed.

“One of (my athletes has) a garage that is now set up as a home gym, but for outdoor work our only option is running hills in the park. It’s far from ideal, and from what I’m hearing and reading the issues we are facing because of the coronavirus pandemic are not uncommon across international sport.

“Already it feels to me like we need to postpone the Olympic Games. I appreciate how difficult that might be for the organisers; it’s a massive headache given the logistics involved. But this is also extremely difficult for all the athletes out there, as well as the coaches.

“At some point, those in power need to realise that such disrupted preparation will affect the integrity of the sport. Take a sprinter. They need proper competition. They need high-level races, with all the pressure that brings, to get them into shape for an event as important as the Olympic Games. You can’t recreate that pressure environment in a training session.”

Katarina Johnson-Thompson was one high-profile athlete to speak out on the issue of preparation and Minichiello feels the authorities must take note.

“The athletes on the world-class programme at UK Athletics, and those who have already achieved the Olympic qualifying standard, still have access to facilities and support staff. But for the athletes outside that programme who were going into this summer hoping to force their way into a British team, it is now really tough.

“When an athlete of the stature of Katarina Johnson-Thompson expresses concern that her preparation is suffering, the International Olympic Committee and the organisers of the Tokyo Games perhaps need to listen. Pushing the Olympics back and buying everyone a bit of time would certainly make sense to me right now.”