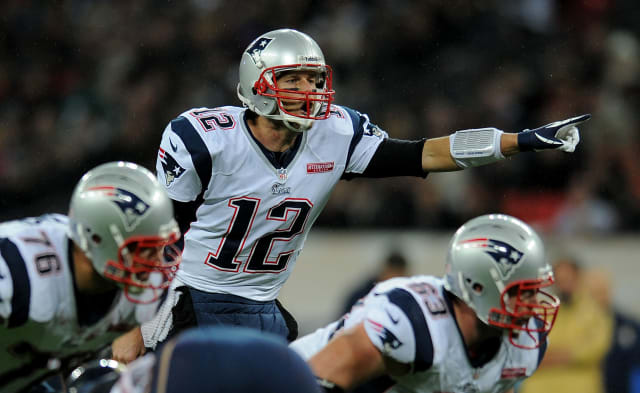 Tom Brady has confirmed his switch to the Tampa Bay Buccaneers, three days after ending his two-decade long stay with the New England Patriots.

The six-time Super Bowl champion quarterback posted on Instagram a picture of him signing his contract with the NFC South team, who are owned by the Glazer family who also own Manchester United.

“Excited, humble and hungry …if there is one thing I have learned about football, it’s that nobody cares what you did last year or the year before that…you earn the trust and respect of those around through your commitment every single day,” Brady wrote.

“I’m starting a new football journey and thankful for the @buccaneers for giving me an opportunity to do what I love to do. I look forward to meeting all my new team-mates and coaches and proving to them that they can believe and trust in me…

“I have always believed that well done is better than well said, so I’m gonna not say much more – I’m just gonna get to work! #Year1”

No terms of the 42-year-old’s deal with Tampa Bay have been disclosed.

On Tuesday, Brady confirmed his exit from New England, drawing to a close a 20-year long spell during which he and coach Bill Belichik built one of the greatest dynasties the NFL has known.

In Tampa Bay, he is reunited with Jason Licht, who was part of the Patriots scouting department when New England drafted Brady in 2000 but is now the Buccaneers general manager.

“Tom is a proven champion who has achieved greatness on the field because he demands the best out of himself and his team-mates,” Licht said.

“I’ve known Tom since we drafted him in New England 20 years ago and through this process it became very clear that his desire to be a champion burns as strong today as it ever has.

“He possesses the type of rare natural leadership qualities that will immediately impact our entire organisation.”

Brady will replace Jameis Winston as Tampa Bay’s quarterback. Winston, the number one overall draft pick in 2015, broke Tampa Bay’s single-season record last campaign as he threw for 5,109 yards, but his 33 touchdowns came with 30 interceptions and his contract was not renewed.

Bronze feels the glare of the spotlight