Silverstone working to ensure Formula One and MotoGP races go ahead 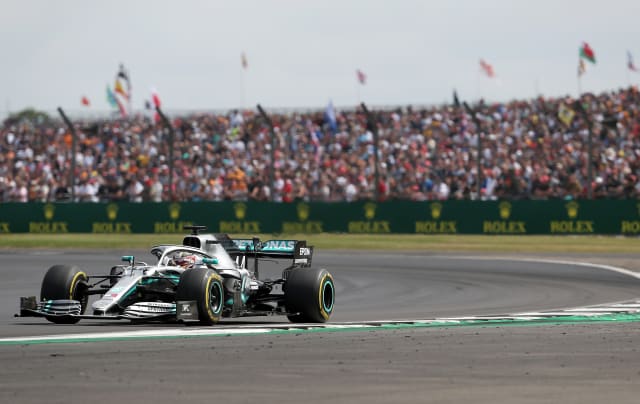 Silverstone staff are doing “all they possibly can” to ensure both the Formula One and MotoGP events scheduled for this summer go ahead despite the ongoing uncertainty due to coronavirus.

F1 has already been hit hard with all of the opening seven races either cancelled or postponed as the world attempts to deal with the outbreak.

The 2020 season is currently due to start in Azerbaijan on June 7, with the British Grand Prix pencilled in at Silverstone on July 19.

The MotoGP campaign has also had to make adjustments and the Grand Prix of Qatar set for March 8 has long been cancelled.

Their race at the Northamptonshire track is not set until August 30 and Silverstone managing director Stuart Pringle is keen to make sure both events take place.

“This week, it has been announced by the sports’ governing bodies that all motorsport has been suspended in the UK to the end of April 2020 to support the British Government in its efforts to contain the spread of this virus,” he said.

“Many of you have booked tickets for our events later this summer including the Formula 1 Pirelli British Grand Prix and MotoGP and I fully appreciate you want to understand if these events will take place.

“The truth is, like so many other international sporting events scheduled to take place around the world, we cannot predict what the situation will be by the time we get to the summer months.

“However, I can wholeheartedly promise you that everyone at Silverstone, Formula 1 and MotoGP are doing all they possibly can to ensure we can run these events on their planned dates in July (F1) and August (MotoGP).”

Pringle also reassured fans that if either event was cancelled full refunds would be issues to those with tickets.

Ventilators are used to help with breathing difficulties and are in short supply due to the growing number of COVID-19 cases in Britain.

“A collective of UK-based Formula 1 teams, engine manufacturers and their respective technology arms is evaluating support for the manufacture of respiratory devices in response to the UK government’s call for assistance,” an F1 statement read.

“The teams are working in collaboration with F1, the UK government and other organisations to establish the feasibility of the teams producing, or supporting, the production of medical devices to help in the treatment of coronavirus patients.”