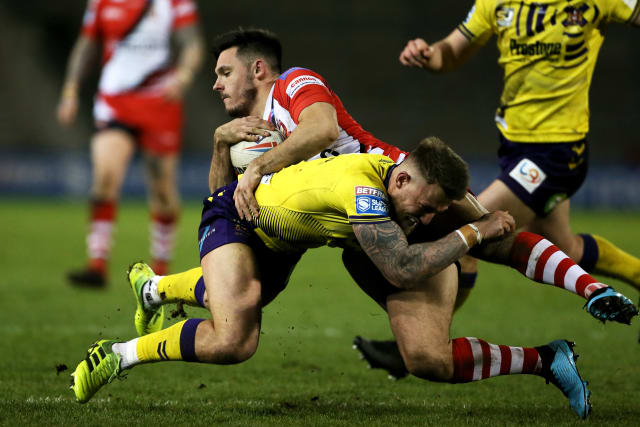 Wigan owner Ian Lenagan has praised the collaboration of all sectors of rugby league as clubs battle for survival.

The 13-man code has followed the rest of sport in going into lockdown as a result of the coronavirus outbreak, with many clubs facing a critical time without matchday revenue as they brace themselves for an extension of the stoppage beyond April 3.

Lenagan, who led Super League’s break from the Rugby Football League in 2018, says the top-flight clubs are now working alongside the Championship and League 1 outfits as they lobby government for financial aid while planning for a lengthy time out.

“I don’t think there’s any doubt it’s going to be extended,” he said. “We set a date to give ourselves time to work out what is next and what we have to do.

“There is a massive amount of cooperative planning going on between Super League, the RFL, the Championships and the clubs.

“I’ve never seen such coordinated planning activity. Obviously we’ve got to stay together. I think it’s a commendable teamwork operation that is going on within rugby league.

“Ralph Rimmer and Robert Elstone are talking all the time and the Championship and League 1 clubs are being considered just as much in all of this by Super League and by the RFL.

“We’re all vulnerable. We as a community, will at some point have to bring people back together. It’s good to see what’s going on and it bodes well for the future.

“We’ve just got to survive in the meantime.”

Lenagan expects a coordinated rescue bid to be put to the government by the weekend and is confident of a successful outcome.

“There is a serious threat unless we work in a coordinated way. The game is a very important socially, community wise we have a massive impact and the government is well aware of that.

“The EFL have already put their case forward for what they need to do to survive and I’m sure by the end of this week we’ll be doing exactly the same.

“If we work together and if the government does its piece, which I think it will do, then rugby league will survive through this period and come out the other end as a very strong facet for bringing people together in the communities.”

With the fixture list unlikely to restart until summer, St Helens chairman Eamonn McManus has said he believes the season could be extended to the end of November.

In the meantime, Lenagan believes matches could be played behind closed doors for television purposes, as is happening in Australia with NRL fixtures.

“I think it would be sensible to consider that,” he said.

“I think the NRL have a more difficult position because I think they have to have all of their games televised. We’re in a fortunate position in that we only need two out of six games televising.

“So there could be a possibility of a limited behind closed doors but that’s just my personal opinion.”