RFU braced for financial hit due to coronavirus outbreak 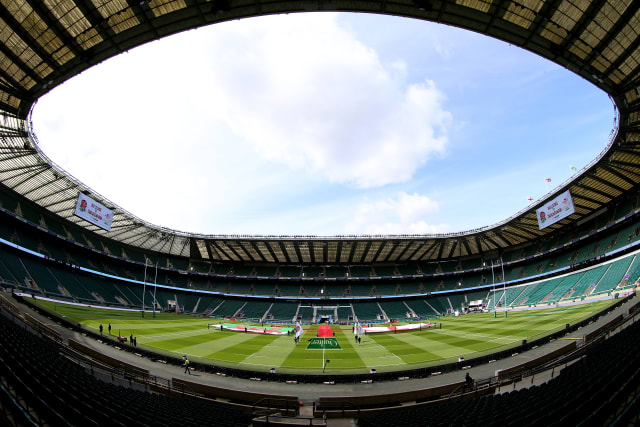 The RFU has warned of the implications to its finances caused by the Covid-19 pandemic after cancelling what remains of the 2019-20 season.

All English rugby activity below the Gallagher Premiership – encompassing league, cup and county competitions and training – has been aborted, having initially been suspended until at least April 14.

The RFU is in “active discussions” with the Premiership, which is currently due to resume on April 24, although that prospect appears highly unlikely.

As part of an announcement that Twickenham hopes will “assist with long term planning and provide clarity to the game”, chief executive Bill Sweeney offered a gloomy assessment on the impact coronavirus will have on revenues.

So far staff have been offered reduced hours, sabbaticals and unpaid leave.

“Our business model is similar to most rugby clubs – we earn revenue from events on and off the field and we invest that back into the game,” Sweeney said.

“We benefit from strong Twickenham revenues but we are also exposed if there is widespread cancellation of games and events.

“In this extraordinary situation we are working through a range of potential financial scenarios dependent mainly on the length of this crisis.

“This was already budgeted to be a loss-making year within a four-year cycle due to the costs of the 2019 World Cup campaign and only hosting two home Six Nations games.

“The loss will now be considerably more as we face challenges similar to businesses across the entire country. There may well also be much longer-term financial implications which we are assessing now.

“It is therefore taking us some time to develop a considered position on how we can support clubs and the rugby community, which we will do.”

Cornish Pirates are to call for a moratorium on the RFU’s controversial funding cuts to Championship clubs, which sees investment halved to £288,000 across the next two seasons.

Pirates chairman Paul Durkin has limited affinity for the RFU as teams in the second tier of English rugby fight for survival.

“I have no sympathy for them. When is the next home international at Twickenham? Not until the autumn,” Durkin told PA.

“It’s interesting on a day when another Six Nations game was postponed that England still played Wales. They’ll lose out on money from renting Twickenham out for concerts, but we’re all in that boat.

“We’re a business and are looking at it on a week-by-week basis. If the RFU are struggling then they’ll need to look at their salary bill as well.

“If they’re not doing that then questions should be asked by the council. The RFU board needs to lead by example, but their leadership to date has been appalling.

“We now face the double whammy – we have next season’s cuts, further cuts the following year and the probability there’s nothing after that.

“All venue for clubs comes from gate receipts, food and beverage and hospitality and that’s just stopped.”

Bedford Blues have described the cancellation of the season as a “hammer blow”, while understanding Twickenham’s reasons.

A mechanism must now be found for deciding who will be promoted from the Championship.

Saracens’ relegation from the Premiership as punishment for repeated salary cap breeches has already been confirmed and Newcastle were in pole position to take their place due to their 18-point lead at the summit.

“We are working through the implications of ending the season early and have instigated a thorough process to ensure fair and balanced outcomes for the game,” Sweeney said.

“We will communicate these outcomes by the middle of April. While we would like to provide all the answers now, we need some time to get it right for the best interests of the game.”