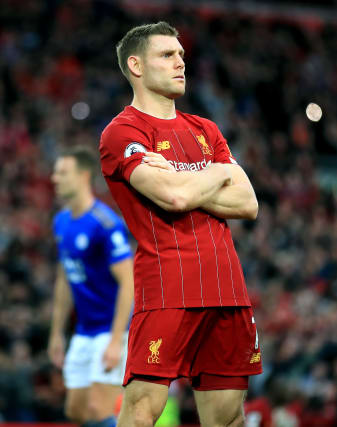 Sporting stars have had to find other ways to keep themselves busy with the coronavirus pandemic having decimated the global fixture calendar.

Here, the PA news agency takes a look at what some of them were doing on Friday as they attempted to fill their time.

Liverpool midfielder James Milner is preparing to home-school in the coming days, preparing as only he knows how to.

Lionel Messi may be one of the best players in the history of football but even he has needed help staying on top of his training regime.

Leicester and England defender Ben Chilwell is the latest high-profile footballer to attempt the Stay at Home challenge.

Chilwell later roped his family into keeping him entertained.

Not to be outdone, Newcastle Women’s defender Courtney Stewart also gave it a go.

As luck would have it, fellow tennis star Heather Watson had a similar idea.

England and Great Britain hockey international Sam Ward turned his hand to a unique interpretation of the skeleton bobsleigh.

The F1 season may have been hit but McLaren were keen for fans to share a drink with their driver Carlos Sainz Jr.

Cyclist Nicolas Roche has parked his wheels for the time being.

Arsenal defender Shkodran Mustafi took over the club’s Instagram account for the day and showed how his family are helping him keep in shape.

Meanwhile, his Gunners team-mate has been practising his dance moves.