How the Lions could line up in South Africa 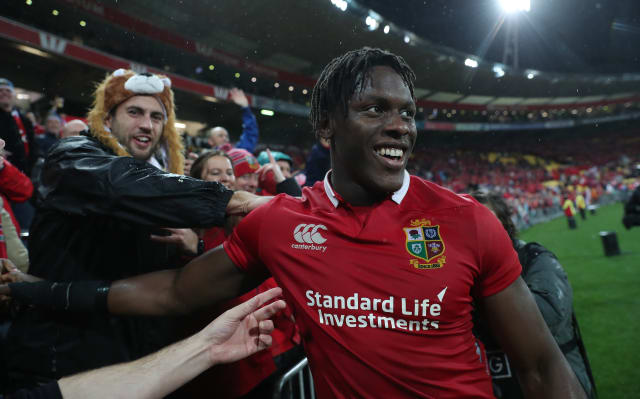 The British and Irish Lions’ 2021 tour of South Africa will be among world sport’s headline acts next year.

The first Test against the world champion Springboks in Johannesburg might be almost 500 days away, but selection debates have already started among rugby fans.

Here, the PA news agency looks at a possible Lions starting line-up if the opening Test was this weekend.

Spent four months on the sidelines this season due to an ankle injury suffered at the World Cup, but Williams returned to action in Wales’ Guinness Six Nations clash against England. Created one of the greatest tries in Lions history during the drawn 2017 Test series with New Zealand and is an outstanding player.

Like Williams, England star Watson has had his injury troubles but he is a proven world-class performer. Relishes the big stage, as he showed on the New Zealand tour three years ago, and will thrive against the world champions.

Sidelined by a knee injury for much of this season but a fully-fit Davies would be among the first names on Lions head coach Warren Gatland’s team-sheet. Lions player of the series in New Zealand, he is a masterful defensive organiser and persistent attacking threat.

Will be viewed as a bolter choice by many but Australia-born Johnson has the ability, attacking flair, distribution skills and defensive solidity to thrive in the high-octane environment of a Lions Test series. Possesses game-breaking qualities.

It is barely two years since Adams entered the international arena, but his statistics scream from the page. He has scored 14 tries in 24 Tests and finished top of the touchdowns charts at the World Cup earlier this season, crossing the opposition line seven times. Lethal.

England captain Farrell is a proverbial Test match animal, a player seemingly born to excel in rugby’s high-pressure environments. A world-class goalkicker – he has amassed almost 950 international points – his ice-cool tactical acumen and ability to thrive when stakes are at their highest make him a key selection.

Wales scrum-half Webb spent more than two years away from Test rugby after moving to France and being ineligible for his country under the Welsh Rugby Union’s minimum 60-cap rule for players plying their trade outside the country, but now back in the Test arena and offers class, experience and stardust.

Excelled during this season’s truncated Six Nations after returning to the Scotland team following almost a four-year absence. Also spent 14 months recovering from a groin injury, but he has proved the bedrock of an impressive Scottish scrum.

Played second fiddle to Jamie George throughout his England career, but has become increasingly influential during appearances off the bench. Like Johnson, the Exeter hooker would be considered an outside shot for the Lions Test team, yet he fits the bill.

England’s tighthead prop has developed into a world-class operator, with consistency underpinning his international performances. One of the very best front-row forwards out there, and he will relish the battle.

Like Sinckler, Itoje’s displays illustrate a player at the top of his game. No obvious weaknesses, and an individual who has already shone in a Lions shirt during the epic series against New Zealand. Rich captaincy material, too, and he could be handed the Lions reins.

The Wales skipper is one Test match appearance away from equalling rugby’s world record held by New Zealand World Cup-winning captain Richie McCaw. A veteran of three Lions Test series in 2009, 2013 and 2017, he continues to set standards few players can aspire to.

Ireland’s South Africa-born flanker or number eight provides a significant physical presence. His adaptability across the back row was not lost on Gatland during the 2017 Lions tour and he will want the 29-year-old in full confrontational mode.

The Wales openside flanker might have turned 30, but he continues to deliver one top-drawer display after another. Makes the game appear ridiculously easy at times and is a force in attack, defence and at the breakdown. A master.

Curry might be only 21 but he wasted no time establishing himself at the forefront of an England team that reached the World Cup final earlier this season. England boss Eddie Jones sparked furious debate after picking the flanker at number eight, yet he is so good, you just want him in the team, almost irrespective of shirt number.