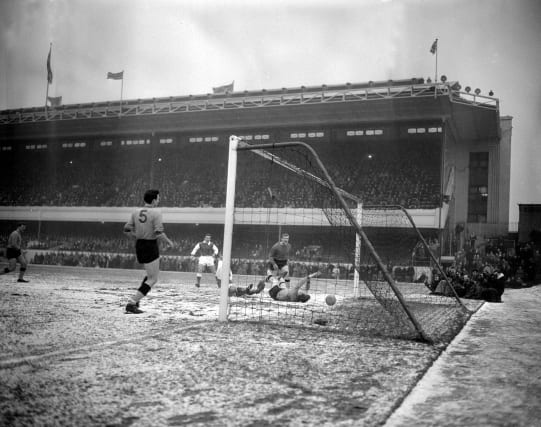 The spread of Covid-19 could see the biggest widespread disruption to the footballing calendar since the second world war as leagues across the country have been shutdown.

But there was another time when the country had to go several months without football as bad weather crippled the 1962-63 season.

Here, the PA news agency takes a look back at the ‘Big Freeze’ and its impact on the beautiful game.

The winter of 1962-63 is England’s coldest on record since 1740. There were 20-foot snow drifts, rivers, lakes and the sea froze over and temperatures plummeted to below minus 20 degrees Celsius. January 1963 is the coldest month of 20th century Britain. The cold front arrived just before Christmas and stuck around until early March when temperatures in the high teens brought about a much-needed thaw.

How was football affected?

Unsurprisingly, few games survived such drastic weather and there were widespread postponements. Clubs up and down the country were hit, with Birmingham, Bolton and Manchester City all having to wait 70 days between fixtures – a record in the top flight. Clubs tried to cope in different ways. A number of clubs, including Manchester United and Coventry, went to Ireland to play friendly games, Chelsea went to Malta for some warm-weather training, while Halifax opened their stadium to the public – as an ice rink.

The round of 66 days

Nowadays the FA Cup third round usually takes place over a long weekend of Friday to Monday. However, due to the inclement weather it took 66 days to complete in 1963. Starting on January 5, its 32 ties finally got completed on March 11 after a staggering 261 postponements. Lincoln’s game with Coventry got called off 14 times alone, while half of the ties suffered more than 10 postponements. It led to a massive fixture backlog as teams played catch up. Coventry played six FA Cup ties in 24 days in March, including two replays. The final was played on May 25, three weeks later than originally scheduled, with Manchester United beating Leicester 3-1.

The birth of the pools panel

There was a famous institution created due to the scheduling wipeout. The pools companies were getting anxious at the amount of games called off and what that was doing to business so on January 26 1963 they set up the Pools Panel – a group of men who predicted what would happen in the game. The first sitting panel consisted of Conservative MP Gerald Nabarro, former players George Young, Ted Drake and Tommy Lawton and former referee Arthur Ellis. It is still in existence today.

In a true sliding doors moment, who knows how different things might have been for Brian Clough had it not been for the big freeze. On Boxing Day 1962, with the bad weather beginning to hit England, Sunderland’s match with Bury was just one of 23 across the four divisions to survive. However, in icy conditions at Roker Park, Clough collided with Bury goalkeeper Chris Harker and suffered a cruciate ligament injury. It effectively ended his playing career as although he made a return two years later it lasted only three games and he was forced to retire aged 29. The following year he became manager of Hartlepool and a wonderful career began, winning two league titles, two European Cups and four League Cups.

How were other sports affected?

Many other sports suffered a similar fate, with both rugby codes subjected to a raft of postponements. There was no racing in England between December 23 and March 7 as 94 meetings were cancelled during the cold snap.
Read Full Story